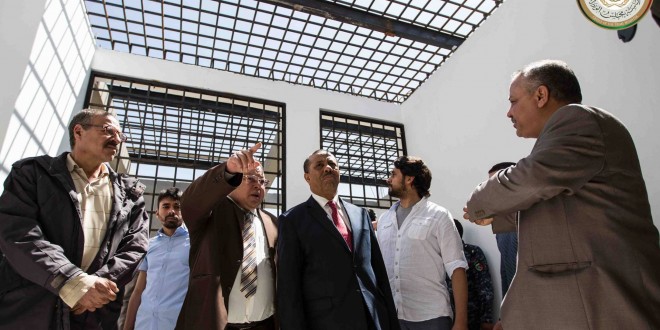 Tobruk’s prison is to be expanded. According to Tobruk’s Reform and Rehabilitation Foundation Director, Hussein Drissi, the aim is to improve conditions for the inmates.

Although conditions in the prison are acceptable, he says, they are cramped because of overcrowding.  An expansion project is set to be completed after Ramadan to deal with the issue.

It currently houses 80 inmates: Libyans as well as foreigners – mainly Egyptians and Sudanese– and most of them convicted of crimes such as theft and armed robbery.

A number of the inmates, however, are illegal immigrants who after being held temporarily, Drissi said, would eventually be deported.

He also noted that the prison lacks sufficient vehicles.