Home / Normal / Ceasefire agreement in Obari between Tabu and Tuareg 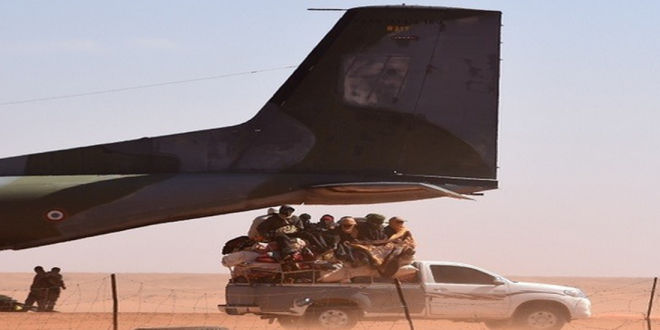 Ceasefire agreement in Obari between Tabu and Tuareg

Tuareg and Tebu elders in Obari have agreed a ceasefire as a prelude to a permanent peace deal.

“A total ceasefire has been agreed which started at midnight last night,” the Libya Herald has been told by Osama Al-Thinni, a Tuareg local activist in the town but forced by the fighting to move to Sebha. “Also elders have agreed that the ceasefire agreement is a preface to a permanent peace agreement which they are both currently working on,” he added.

The agreement was ratified at a large meeting yesterday evening in Tuareg-majority Obari between elders of the two communities.

There have been numerous attempts by leading Libyan figures to mediate a an end to the fighting between the Tuaregs and Tebus which broke out last September. Last month, Prime Minister Abdullah Al-Thinni met with representatives from both communities but despite this, fierce clashes continued.

The latest efforts are have involved the head of the Libyan armed forces, General Khalifa Hafter. According to the pro-House of Representatives office in Beida of the Libyan news agency LANA, Hafter has met a delegation from the Council of Tuareg Tribes and agreed to their request and that from the Tebus to mediate a permanent peace between. The meeting took place in Marj this week.

Last night’s agreement in Obari, however, appears to have nothing to do with the Prime Minister or Hafter or the main leaders of the Tebus and Tuareg. It is an agreement between local elders faced with the fact that life in Obari is now “impossible”, as Osama Al-Thinni put it. “There is no water, no food, no hospital.” The elders had been pushed to agree a deal to put an end to the bloody war, and without outside intervention, he said.
By Saber Ayyub