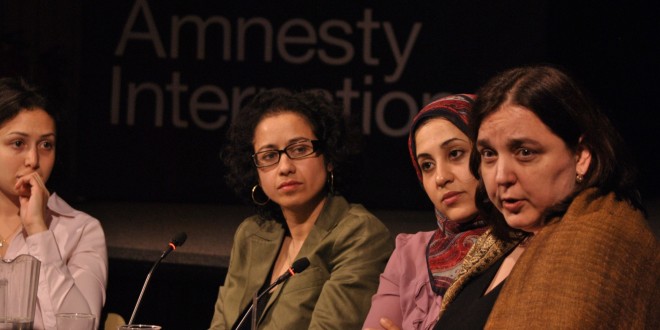 LWPP has called on ‘‘all parties to bear their responsibilities and engage positively in finalizing the political agreement while adding their final modifications to ensure the achievement of an inclusive agreement to end the political conflict and to safeguard the unity and security of Libya’’.

‘‘Where terrorism is threatening to engulf the country one city at a time, and the unspoken humanitarian deterioration reaching frightening levels; the need to put an end to the political fragmentation must be fully recognized by all parties to the conflict’’, they added. ‘‘There is an urgent need to consolidate all efforts of reconciliation in order to reach a national consensus as soon as possible to confront the unprecedented security, political and economic deterioration’’.

‘‘LWPP welcomes fully all the efforts of horizontal reconciliation and commends the positive progress that has taken place in western Libya embodied in the tribal reconciliations between Libyan cities especially those between Misrata, Wershafanna, Zawia, Zintan, Gharyan, Jabel Nafousa. LWPP considers these recent reconciliations an important stage towards ending the conflict’’.

“It’s time to make compromises and reach consensus. Nevertheless, such consensus should be based on the respect of the democratic process, peaceful transfer of power, separation of powers, human rights and rule of law. Establishing the National Accord Government will not bring sustainable peace in Libya. Yet it maybe a concrete step towards stabilization,” said Zahra’ Langhi the Founding Director of LWPP and a member of the political leaders and activists track of the Political Dialogue.

The consultation meetings covered the pressing political and security concerns in Libya as wells as the efforts to find a political solution. ‘‘LWPP recognizes that more than a political solution is needed to address the complexities of the situation in Libya and to find sustainable peace. Taken into consideration political, economic, social, and security factors as well as the failure of the international community and the absence of key stakeholders in the UN led peace talks, LWPP aimed to develop a coherent, inclusive and comprehensive integrated approach to ending the crisis in Libya, with immediate steps to stabilize the situation’’.

LWPP launched the consultations with a meeting aimed at producing an in depth analysis of the possible scenarios and risks, mapping of political players, taking into account the political, economic, social and security factors. The objective of the consultation meeting was to come up with a short term crisis response strategy, in relation to the current conflict in Libya.

“We have attempted to study the Libyan crisis with an objective scientific approach disregarding any political or ideological agendas, and the goal is to reach a short term strategy based on various scenarios, to set the country to a state of stabilization. Overall the fourth draft is fairly good once some concepts are modified and a few contradictions are clarified.” Taher el-Sonni, Advisor to the Libyan Foreign Ministry on International & UN relations and a member of the UN led Political Dialogue.

This was followed by another consultation meeting in which participants discussed the UN led Political Dialogue in light of the recent international developments related to human rights in Libya and the consequences of these recent developments in the political negotiation process. Participants also discussed how to integrate the human rights approach (ending impunity- implementation of SCR 2174 – persecution of war criminals) in the political agreement.

Among what was also covered were: SCR 2213 and SCR 2214 related to counter terrorism in Libya. Participants also discussed the recent resolutions of the UN Human Rights Council related to violations of human rights in Libya and the Council’s recommendation to the High Commissionaire to dispatch a Fact Finding Committee to investigate human rights violations to end impunity and to ensure accountability and rule of law. The participants also discussed the means of communication and cooperation with the Fact Finding Committee.

In light of discussing the chapters of security arrangements and the international support in the Political Agreement, LWPP organized a separate consultation on the future of United Nations peace operations, identifying gaps, challenges and opportunities.

What barriers do mediators and mediation support actors face in structuring negotiations and opening peacemaking to women, youth and broader civil society actors? How can the UN and regional organizations of the region help facilitate more inclusive mediation efforts? What creative approaches have been used to bring women, youth and civil society groups into peacemaking? The Security Council will be extending/ reviewing the mandate of the UN Mission in Libya next September. What do we want as Libyans from the UN mission? What mandate should the UN mission have?

The outcome the consultation meeting is a set of recommendations from a Libyan perspective sent to the High-Level Independent Panel on Peace Operations assigned to evolve peace and conflict trends and their implications for peace operations, as part of the broader consultations and review of the UN Peacekeeping Operations and Operations and their limits.

“The Libyan crisis has directly affected all aspects of life politically, economically, and socially. Dialogue is the only option we have to end the war and the humanitarian crisis. Those who are unsatisfied with some of the points in the latest draft shouldn’t reject the whole process of the political dialogue. Rather they should engage positively to make their modifications and find a common ground,” said Younes Nagm, Libyan Women’s Platform for Peace Coordinator and the Chairman of Bokra Organization.