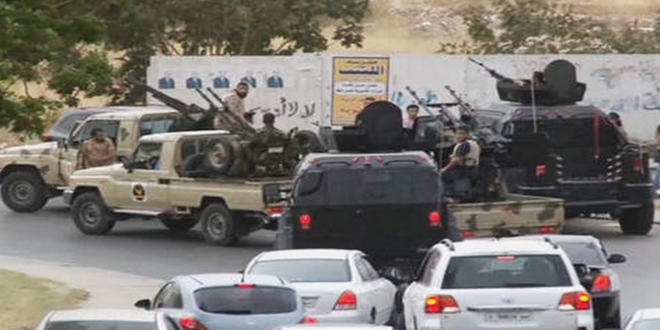 Tripoli’s Rada (Deterrence) Force has vowed to use “an iron fist” to counter what it says is a a growing crime wave in the capital. From now on, it said,  it will be punishing criminals, including drug dealers and kidnappers, on the spot instead of taking them to prison.

The news of these summary punishments, the nature of which was not spelt out, came in a statement in which Rada said the security situation in the country had become critical.

“We can no longer tolerate the fast-growing crime rate including kidnapping and extortion” cautioned Rada, which is led by Abdul-RAuf Kara, who runs his operations from Mitiga Airport.

It said it was making a last-ditch appeal to gangs to stop their crimes.

Otherwise, warned Rada: “The force will strike with an iron fist all criminal gangs that kidnap and blackmail … Accordingly, we warn that the punishment will be immediate in order be a lesson to others”.