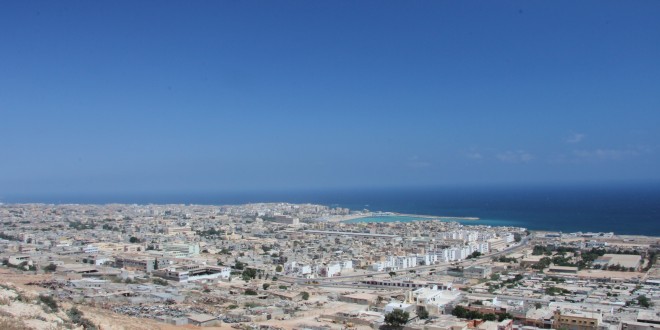 Reactivation of judiciary in Derna requested by Mujahideen

In a major step towards normality in Derna, the Abu Sleem Martyrs Brigade is reported to have requested that the Ministry of Justice in Beida send three judges, three prosecutors and six criminal investigators to reactivate the judicial system in the town.

The brigade says that it will guarantee security to the lawmen so that they can bring to justice those members of the Islamic State (IS) forces it captured when it took over Derna at the beginning of last week, as well as others accused of crimes.

With the expulsion of IS forces from the town, its Sharia court, established last October, and other Islamist institutions such as the Diwan Al-Talim (its education “ministry”), its police force and prosecutor’s office, have all been shut down.

The request to the government in Beida is the strongest indication yet of where Derna’s new loyalties lie.

There has been much talk about the Shoura Council of Mujahideen in Derna (SCMD), of which the Abu Sleem Brigade is the principle participant, being sympathetic to Al-Qaeda and having a similar Islamist outlook to IS. At the very lest, it was thought that it would lean towards the regime in Tripoli with its Muslim Brotherhood sympathies. Like Tripoli, it has till now been firmly anti-Hafter. In February, both the SCMD and the GNC in Tripoli promised a tough response against Egypt which they blamed for airstrikes on the town.

Derna has been without a normal judicial system for longer than the nine months since the Sharia court was set up. In December 2012, the head of the appeal court in the town, Abdul Aziz Mustafa Al-Trabelsi, announced courts had suspended work because of poor security. Since then, judges have been murdered or targeted by Islamists intent on establishing a Sharia system, among them Trabelsi himself. He was wounded in an assassination attempt in May last year.

Meanwhile, despite the growing semblance of normality, the town was hit today by missile fire from IS based in the hills around the town. Three people including a child were said to have been injured when rockets landed in the Bab Tobruk area.