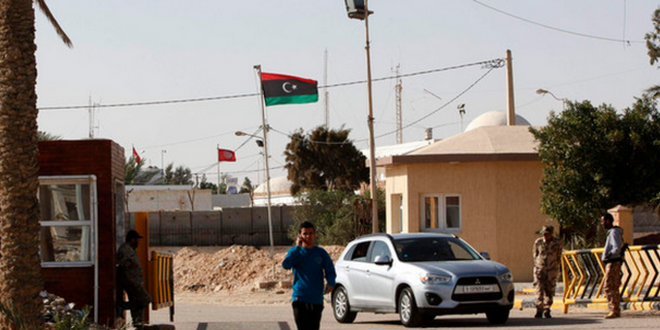 Libya’s Tripoli-based Islamist government has called on the Tunisian authorities to coordinate with it on securing the countries’ mutual borders, Turkey’s Anadolu news agencyreported.

In a statement released on Tuesday, the government said that it “has previously invited the Tunisian government to coordinate in this regard, but has not received any response from the Tunisian side.”

The statement said that “the government calls included other aspects of cooperation, but the Tunisian side has been reluctant to deal with them.”

Tunisia announced earlier that it was building a 168 km anti-terror wall along its border with Libya stretching from the Ras-Jadeer crossing to the Thahabiya crossing.