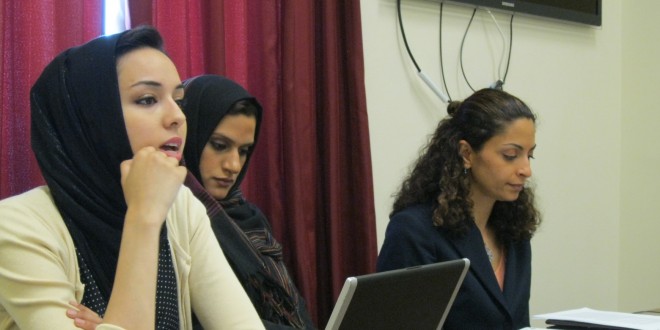 The pursuit of human rights in war-torn Libya

Libya, riddled with abandoned weapons dumps from the Gaddafi era, is in the throes of a protracted civil war. The oil-rich country is coming apart at the seams due to conflict which pits the internationally-recognised Council of Deputies against the Tripoli-based rival Islamist government of the General National Congress (GNC).

Both parties have pursued draconian laws which curtail civil liberties. Within this quagmire, a number of ethnically-affiliated and clan-based militias are jostling for power.

And, of course, the Islamic State (IS) is present, whose spectre grows across North Africa and currently controls Sirte.

According to the UN Secretary General’s latest report on the UN Support Mission in Libya in February, approximately 400,000 Libyans are internally displaced, of which 90% are due to the violence that began in July 2014. More than 105,000 of them currently reside in Benghazi.
UN Secretary General Ban Ki-moon’s report notes that fighting between the litany of armed groups operating in Libya has resulted in egregious abuses of human rights and humanitarian law. This includes the reported indiscriminate shelling of civilian areas, abduction, arbitrary executions.

Along the coast, people smugglers, taking advantage of the anarchy, are making a profit from the misery of tens of thousands of desperate migrants and refugees en route to Europe. Gaddafi may be long gone. But the road to justice, democracy and human rights in Libya seems to be increasingly rocky.

It is within the heat of civil war that Libya has undergone the second cycle of its Universal Periodic Review (UPR) in May. The UPR is a unique human rights mechanism within the UN machine which provides the opportunity for all 193 UN member states to declare actions they have undertaken to improve the human rights situation in their countries.

The report includes recommendations from other states.

Libya’s first cycle was conducted in 2010, under which the country report, conducted by government officials, noted with some confidence that “the Libyan Arab Jamahiriya has devoted particular attention to human rights and fundamental freedoms, enacting legislation to guarantee and enshrine both”.

One year later, Libyans took to the street to protest against Gaddafi, for the lack of democracy and rampant corruption.

The report noted numerous legislative developments, which have enabled the protection and promotion of human rights, such as re-establishing the right to establish and join political parties, criminalising torture and the establishment of a transitional justice programme.

Most national reports by states to the UPR relish the opportunity to boast the way in which they have adhered to previous recommendations. Libya is no different. However, the political nature of the recommendations undertaken by the NCCL, an institution of the Council of Deputies, seems to mirror the latter’s diplomatic ties with Egypt.

Hundreds of recommendations were made to Libya during the first cycle. But in the national report, the NCCL places Egyptian recommendations at the front of the list. Egypt have provided the council of deputies with air support and the Libyan army has been coordinating with Egypt at the highest level against IS positions in Libya.

The Council of Deputies’ rival Islamist government, the GNC, is linked to the Muslim Brotherhood, a political organisation considered illegal in Sisi’s Egypt. In that context, the GNC rejects the latest round of Libyan peace talks brokered in Morocco.

Bowing to Europe on irregular immigration

The refugee crisis unfolding in the Mediterranean has sent the EU’s political class into a tailspin.

One the one hand, EU countries are struggling to adhere to the obligations laid out by the 1951 Refugee convention. On the other, EU leaders are aware of the growing xenophobic sentiments among Europe’s right-wing circles.

With this dilemma, EU responded to the refugee crisis by placing more locks on the drawbridge to fortress Europe. Libya, is the one of the transit routes to Europe for thousands of migrants.

At the same time, it serves as a black hole for those who are often swallowed up by the numerous government and criminal holding centres. Libya’s response to the first cycle’s recommendation on illegal migration has been to engage with the EU and neighbouring states on this issue, which is related to strengthening border security and adopting a Tripoli action plan.

However, measures to ease human suffering of refugees and migrants is missing from the country’s report. A joint submission of a number of Libyan NGOs to the second cycle of the UPR noted that through the absence of a clear immigration framework, Libya had failed to provide human rights safeguards to the people residing or transiting through its borders.

The joint submission added that the Libyan authorities are “allowing a significant number of migrants to travel to Europe by boat, endangering their lives”.

Capacity building is one of the most important pillars of any substantial human rights project. A representative of Lawyers for Justice in Libya (LFJL), Libyan human rights organisation based in london, told al-Araby al-Jadeed, “the second UPR cycle for Libya marked the first opportunity for Libya’s NGOs to engage in the process, as they were prevented from interacting in such initiatives by the previous regime”.

LFJL is part of a coalition of human rights NGOs which was established in June 2014 and has engaged in the UPR process on a variety of human rights issues, including freedom of expression, women’s rights, minority rights, torture, IDPs and rights for the disabled.

In the first cycle, only nine NGOs submitted information, all of whom were international NGOs, whereas the second cycle saw a total of 23 NGOs involved, many based within Libya, lead by Libyan nationals.

“We think this successful engagement activity with the UPR process is a significant achievement for Libyan civil society. The Coalition and LFJL intend to continue their activities around Libya’s UPR”, LFJL representative told al-Araby al-Jadeed.

During Libya’s last UPR, Muammar Gaddafi was grooming his son Saif, heir apparent, to rule Libya. With the former buried in an unmarked grave in the Libyan desert and the latter awaiting trial for crimes against humanity, the political landscape in Libya has altered dramatically.

Human rights abuses, however, persist. Libya’s future is not set, but one thing is certain: Libya’s dynamic and multifaceted civil society continues to work towards justice and human rights for all Libyans and migrants, when libya’s third cycle submission is due.

By Nick Rodrigo, a freelance researcher working for the Afro-Middle East Centre based in Johannesburg , he holds an MA in the Theory and Practice of Human Rights from the University of Essex. He has previously worked with Iranian and Palestinian human rights organisations.