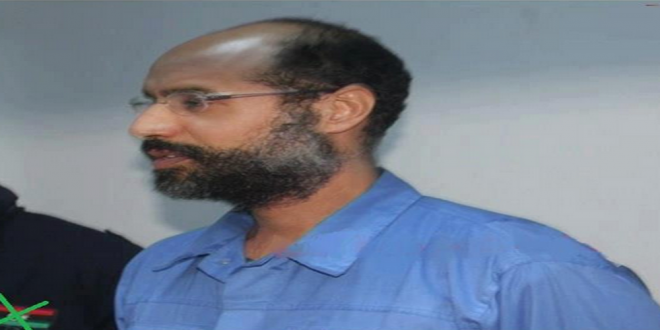 Libya: unfair trial of Saif Al-Islam Gadhafi and others a missed opportunity to establish truth, violates right to life

The ICJ today expressed its serious concerns about the trial, conviction and sentencing to death of Saif al Islam Gadhafi, Abdallah al Senussi, as well as seven officials of the Gadhafi regime by the Tripoli Criminal Court.

The ICJ is deeply concerned that the trial of the officials of the Gadhafi regime failed to scrupulously respect the guarantees of fair trial as required by Article 14 of the International Covenant on Civil and Political Rights, to which Libya is a state party.

The imposition of the death penalty following such an unfair trial violates the right to life.

The ICJ opposes the death penalty in all circumstances as a violation of the right to life and the right not to be subjected to cruel, inhuman or degrading punishment.

“Libyan authorities must comply with their obligations under international law, refrain from implementing the death sentences against Saif al Islam and 8 former Libyan officials, and ensure that all defendants are retried before an independent and impartial tribunal and in full compliance with international fair trial standards,” said Said Benarbia, Director of the MENA programme at the ICJ.

“The trial is a lost opportunity to make a break from decades of unfair trials in Libya. It is also a missed opportunity to establish the truth about the legacy of alleged gross human rights violations committed during the 40-year reign of Moammar Gadhafi, including summary executions, enforced disappearances, torture and other ill-treatment, and arbitrary detention,” Benarbia added.

Fair trial violations included severe limitations on the defendants’ rights to access a lawyer, to adequate time and facilities to prepare a defence, and to be represented and communicate with a lawyer of their own choosing, the ICJ says.

23 other defendants were sentenced to prison terms ranging from life imprisonment to 5 years.

The charges against the officials included: “murdering and bombarding civilians during the 2011 revolution,” “inciting, participating and assisting in the murder of Libyans,”  “recruiting mercenaries and establishing brigades and then providing them with weapons, uniforms and money to fight the protesters.”

Some defendants, including Saif al Islam Gadhafi, who continues to be held in militia custody in Zintan, were not present during the trial, though were connected by video link at times.

The ICJ is also concerned that the defendants’ rights to appeal are limited in numerous ways.

Convictions by the Tripoli Criminal Court will be reviewed before the cassation chamber of the Supreme Court.

The chamber only examines the proper application of the law by the lower courts and does not review the merits of the case.

In accordance with Libya’s obligations under international law, including the ICCPR, the defendants have the right to have their convictions and sentences reviewed by an independent higher tribunal.

Such review must concern both the legal and material aspects of the defendants’ convictions and sentences.

The ICJ is concerned that political and security instability in Libya continues to undermine the ability of the judiciary to function and administer justice independently and impartially.

In reviewing the situation in the context of the Saif al Islam Gadhafi case, the International Criminal Court (ICC), expressed concern about the inability of the judicial and governmental authorities to obtain testimony or to provide witness protection.

It found that Libya was unable to conduct a fair prosecution and trial of Gadhafi.

The ICC issued a warrant for his arrest to answer allegation of crimes against humanity.

The ICJ calls on the Libyan authorities to annul the unfair proceedings; to fully cooperate with, and surrender Saif al Islam Gadhafi to the ICC; and to ensure the fair re-trial of the other accused.