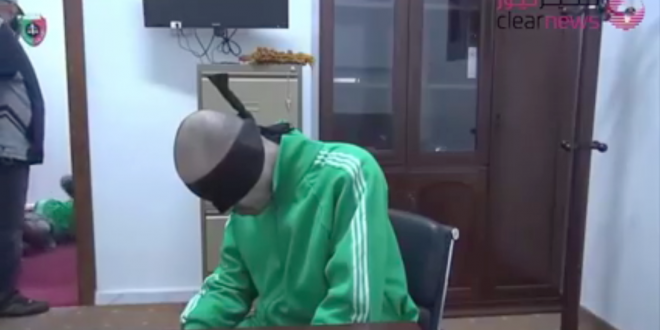 The video showing Saadi being abused and forced to listen while others are tortured followed death sentences on his brother Saif Al-Islam as well as on Abdullah Senussi, Al-Baghdadi al-Mahmoudi and six others last month.

Meanwhile the lawyer for Saif Al-Islam, John Jones, and Senussi’s barrister, Ben Emmerson, have each called on the UN Security Council to intervene to ensure legal standards and halt the executions.

Emmerson, whose team includes Amal Clooney, wife of the celebrated American actor George, said the trial had “descended to the lowest levels imaginable” with defendants denied due process and some complaining of beatings.

Jones described the entire trial as a “farce.”

The British lawyers acting for Saif, Senussi and Al-Mahmoudi are hoping international pressure can make the difference, after Libya’s recognised government, based in Beida, said it had no control over the trial process.

The death sentences and now the video have put the spotlight firmly on Libya Dawn, the real power in Tripoli, despite being nominally under the control of the “government” of Khalifa Ghwell, appointed by the continuing General National Congress.

The International Criminal Court, which last year confirmed that the Tripoli court could guarantee Senussi a fair trial, has yet to comment on the verdicts or whether it regards the procedures as in line with international standards.

Dawn’s unyielding stance on the trial and treatment of Saadi may complicate attempts by UN envoy Bernadino Leon to push ahead with his plan for a unity government. Any unified government will need to rule on whether Dawn’s treatment of prisoners at Hadba is within the law, leaving open the question of whether Dawn leaders would submit to investigators.