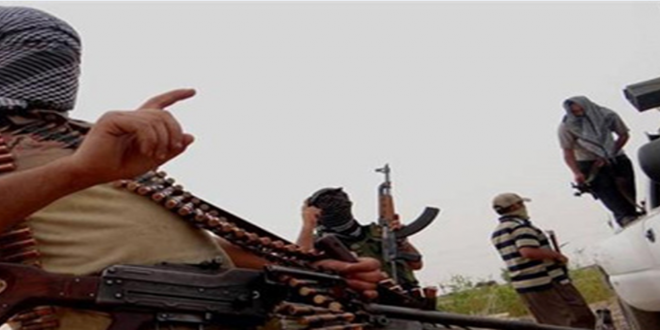 In Libya, human rights defenders have become prime targets for many armed groups involved in the ongoing civil war, reveals The Observatory in a report published today. Violence, harassment and intimidation are daily occurrences for these defenders, in a climate of impunity resulting from the breakdown of the State. The respect of human rights defenders as vital, non-partisan voices should be a baseline consensus for any successful agreement between parties to the conflict.

“No democratic society can exist without human rights defenders. They are the keystones in the construction of a State that protects and empowers the people. The situation they face is unbearable and puts at risk the entire process of building a sustainable democracy in Libya. Therefore, we call on the international community and all the parties to include them in the negotiations and to provide them with shelters for their protection”, stated Gerald Staberock, OMCT Secretary General.

The report illustrates this catastrophic situation through the stories of 24 human rights defenders, several of whom have been killed. Others have been kidnapped, received violent threats against them or their family. Their places of work have been broken into and subject to arson. Threatening phone calls, defamation, and exile in neighbouring countries are regular occurrences for Libyan defenders.

In this polarised context with no room for independent voices, no male or female citizen promoting the respect for human rights and democratic principles is out of danger. However, those most often targeted by acts of violence are lawyers, judges, representatives of government institutions and national or international human rights organisations, journalists and those who defend the rights of ethnic minority groups.

According to the testimonies of human rights defenders, the authors of these violations are mainly members of various non-State armed groups, particularly those belonging to the fundamentalist Islamist movement (in particular “Fajr Libya”). Sources have told the Observatory that Islamist armed groups keep “black lists” of targets containing the names of persons who promote democratic ideals and defend human rights and gender equality, values diametrically opposed to those promoted by Islamist armed groups.

With the support of the international community, Libya is currently participating in a process to reach an agreement to stabilise the country. The process will specifically address the protection of human rights and human rights defenders. However, some paramilitary groups and militias have deserted the negotiations. Their return to the negotiating table, upon which the success of the process depends, should be contingent upon their strict commitment to respect human rights. Human rights defenders must also be actively included in the process. Only under these conditions can a State respectful of basic human rights be established.

“Today in Libya, human rights defenders are forced to cease their activities or to go into exile in order to stay alive. However, even in exile, most Libyan human rights defenders face a very precarious situation. The host countries must examine the possibilities for supporting and facilitating the granting of refugee status to them”, declared Karim Lahidji, FIDH President.