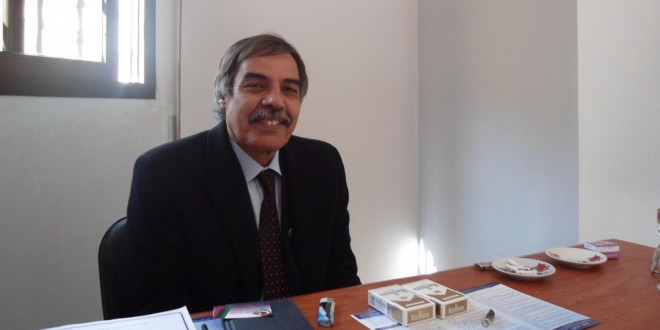 Draft Constitution to be ready by 20 October: Tarhouni

Libya’s draft constitution will be finalised and published before 20 October, Ali Tarhouni, the president of the Constitutional Drafting Assembly, has told theLibya Herald.

The next step, he added, would be to work out the measures for a referendum with the House of Representatives (HoR) “or whatever body” is then in power.

“I would hope to have a referendum within three to five months” following the publication of the draft, he said.

A law authorising a vote would have to be passed, but the CDA would supervise it, Tarhouni noted.

Speaking to a forum in Tunis yesterday about progress on the constitution, he also said that 221 articles had been agreed and that only one was still being discussed. The final draft would, hopefully, be presented to the CDA at a meeting in Ghadames for its consideration.

The date of 20 October is significant. The next day, the HoR’s term of office expires. Because of it, 20 October has also been set by UN Special Envoy Bernardino Leon as the deadline for a new Government of National Accord (GNA) to be installed and operating in Tripoli.

A prime minister and two deputy prime ministers are due to be chosen next week in Skhirat, Morocco, by the Libya Dialogue negotiators and, the full GNA is supposed to be unveiled by 20 September.

If those timetables are kept, the HoR will be able to amend the Constitutional Declaration and extend its life by up to two years, or the point, if sooner, when the new constitution is approved in a referendum and comes into effect.

Organising the referendum would depend the Dialogue reaching an agreement and the Constitutional Declaration being amended, Tarhouni said.

“If there is no agreement, it will be very difficult to have a referendum”.

There had already been numerous difficulties in drawing up the constitution and there could be many more to come, he warned, adding “I’ve never done anything more difficult in my life”.

“There is so much we can’t control. It’s been a miracle that we’ve done it so far in a failed state,” he said. “We can’t control when the referendum takes place.” That would depend on the outcome of talks with the government and the parliament. But “the sooner, the better.”

There was always the possibility that the electorate would reject the constitution which, he said, would propose either a presidential or semi-presidential system. If it were rejected, it would go back to the CDA for amendments.

However, he believed that it would be accepted. Libyans were exhausted with the chaos of the interim system, he said. They wanted a constitution that would work.

As to reports that the CDA was moving permanently to Ghadames, they were not true, Tarhouni said.  It was going there for a single session only. It would last between a week and ten days, he explained, adding that hopefully, the session would be televised. It would then return to its base in Beida where, he said, the constitution “has to be signed off”.

The reason for going to Ghadames was to “send a message to all Libyans we’ll go anywhere in the country” and that the CDA is for all Libyans.