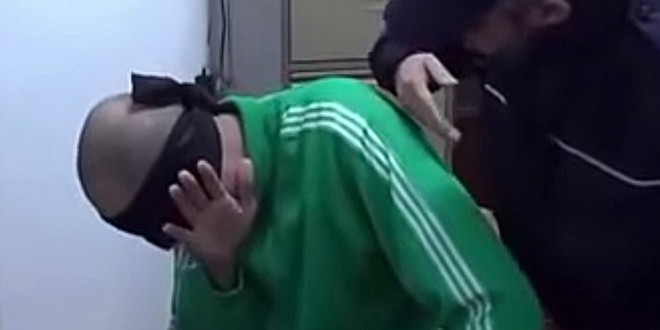 Saadi Gaddafi has told Human Rights Watch that he has been held in solitary confinement and suffered due process violations during his pre-trial detention in Hadba prison, in the Libyan capital, Tripoli.

The son of former Libyan leader Muammar Gaddafi made the allegations to the international human rights NGO in a private meeting at the prison on 15 September 2015.

This is reportedly his first meeting with an international human rights organisation since authorities in Niger extradited him to Libya on 6 March 2014 after he was arrested there.

Gaddafi, who was commander of Libya’s Special Forces in 2011 and fled abroad during his country’s revolution, has been in pretrial detention since his extradition.

During its visit to the prison, HRW also met with three other detainees: former Military Intelligence Chief Abdullah Sanussi, and two former prime ministers, Abuzeid Dorda and al-Baghdadi al-Mahmoudi. All three were sentenced to death by Tripoli’s Court of Assize on 28 July 2015 for their alleged roles in trying to suppress the 2011 uprising in Libya.

They also alleged serious due process violations including lack of private access to lawyers, inability to call or question witnesses, court authorities’ refusal to allow the defendants to speak during trial proceedings, and intimidation of their lawyers by armed groups.

One of them also said he had been ill-treated during interrogations.

“The Supreme Court needs to address the many allegations of grave due process violations by the defendants and their lawyers when it considers the appeals of the verdicts against the former officials,” said Sarah Leah Whitson, HRW’s Middle East and North Africa director.

“The Assize court needs to ensure that al-Saadi Gaddafi is granted his full rights.”

In August, HRW expressed concerned after an undated video was published by Clearnews, an online news site, appearing to show Saadi, the former captain of Libya’s national football team, being ill-treated by prison guards at Hadba prison.

The nine-minute clip prompted calls for Tripoli’s general prosecutor to investigate and prosecute those responsible if ill-treatment had taken place.

“The General Prosecutor’s Office should also follow through with an investigation of those suspected of ill-treatment of al-Saadi Gaddafi and other detainees at al-Hadba, and make its results public,” Human Rights Watch said.

“Those responsible for the abuses should be held accountable.”

Gaddafi told HRW that he had been accused of murdering one of his friends – a charge he denies.

Al-Siddiq al-Sur, head of investigations at the General Prosecutor’s Office, said Gaddafi had been charged with first-degree murder, illegal consumption of alcohol, and illegal depravation of liberty. He said the prosecution would investigate Gaddafi on charges related to financial issues, reported HRW.

In July 2015, Saadi’s elder brother, Saif al-Islam, was tried in absentia and given the death sentence by a court in Tripoli.

Saif al-Islam is believed to be held by a former rebel group in Zintan, a western region beyond Tripoli’s control.