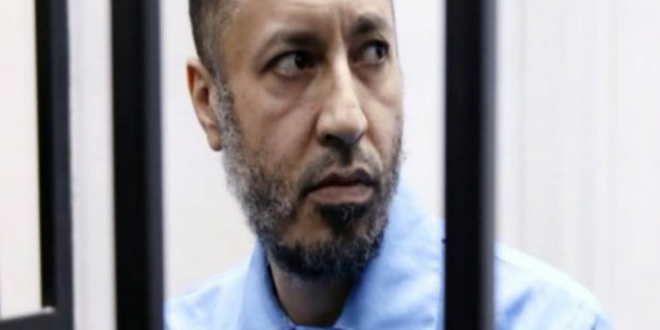 Saadi Gaddafi, a son of Libya’s slain dictator Moamer Gaddafi, appeared in court Sunday to face trial on charges of murder and repression during the 2011 revolution.

Dressed in prison-issued blue uniform, Saadi, 42, sat in the dock as the presiding judge consulted with a defence lawyer.

Minutes later the judge announced that he was adjourning the trial to December 6.

He gave no reason for the delay.

Gaddafi’s third oldest son had sought refuge in Niger after the 2011 armed uprising that toppled his father.

He is charged with the first-degree murder in 2005 of a former trainer at Tripoli’s Al-Ittihad football club and his trial opened in May.

Sunday’s court hearing came days after Human Rights Watch said it had been able to meet Saadi at Tripoli’s Al-Hadba prison, where he said his rights were being violated.

He said lawyers were not present during any of the interrogation sessions, where, he alleged, prosecution officials had intimidated and threatened him and other witnesses,” HRW reported.

HRW reported that Saadi said he had been “held in solitary confinement at Al-Hadba prison since his extradition in a windowless cell, though with a fan, and has had no communication with other detainees”.

Three of Gaddafi’s seven sons were killed in the 2011 NATO-backed uprising while he himself was captured and killed by rebels in October of that year.

In July, a court sentenced another Gaddafi son and one-time heir apparent Seif al-Islam to death for crimes during the uprising.