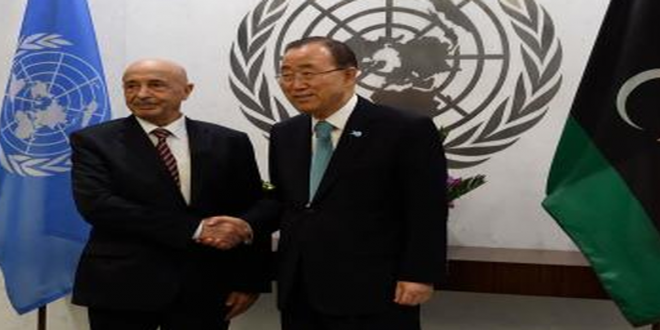 As the UN-sponsored peace plan for Libya faltered this month, the country risks splintering further.

The story now feels familiar, even as each new development brings its own set of mis-steps and missed chances. The mandate of the internationally recognised government, the Tobruk-based House of Representatives elected in June 2014, ran out in late October – as the Tripoli-based General National Congress (GNC) reasserted its power.

The GNC, meanwhile, also has its internal disputes – as well as those between the militias that waveringly claim allegiance to it – threatening to break it apart.

Meanwhile, the plan to create a prime minister for the nation, with three deputy prime ministers – one each from the east, west and south of the country – was objected to as conceding to separatists.

The UN faces the unenviable task of bringing together the House of Representatives – who point out that they were elected, unlike their rivals who seized power with guns – and the GNC, which commands considerable support in the west of the country and claims the legacy of the revolution which brought down long-time leader Muammar Gaddafi.

As the House of Representatives oscillates in its participation in the UN-backed agreement, the UN has done itself no favours, its difficult role notwithstanding: news that the UN’s special representative in Libya, Bernadino Leon, accepted a £1,000-a-day job from the UAE, which backs one side of the conflict, sent the message that the UN is not taking the crisis in Libya seriously.

Caught in the crossfire

More than four years after the fall of Gaddafi’s authoritarian regime, Libya continues to try to forge a path away from the decades of authoritarianism, but each new turn seems to create further fractures and injustices.

And it is Libyan civilians who have lost out as the post-2011 path continues to veer off track, away from transitional justice and state-building and into further factions and political violence.

In late 2015, Libyan society is reeling from several layers of collective trauma, injustice stacked on top of injustice, making it impossible to move forward. Libya’s current crisis is a failure of transitional justice as much as it is a failure of state-building.

With the wildly over-optimistic plans around drafting a final constitution – which the interim constitutional declaration of 2011 scheduled to be completed within 120 days – as an example, Libya has failed since the revolution to prioritise the proper processing of its past to build the necessary foundations for a stable future.

So now, with two feuding governments claiming sole legitimacy to rule, and dozens of militias each clustered around one or other of the governments yet holding their own agendas, Libya not only has no final constitution, but no rule of law.

Ironically, the language – if not the genuine practice – of “transitional justice” abounds in post-Gaddafi Libya. There was the Transitional Justice Law of September 2013, which was intended to establish both institutional reform and provisions for reparations of human rights abuses during the Gaddafi period and afterwards.

But the provision that any acts “necessary for the success of the revolution” are exempt from investigation became increasingly worrying in light of the fact that each side of the conflict draw upon the rhetoric of “defending the aims of the 2011 revolution” to justify their violence and power-grabs.

As neighbouring Tunisia began the process of truth-telling, fact-finding and providing reparations to victims of the Ben Ali regime, Libya’s transitional justice processes increasingly became yet another terrain on which the post-2011 conflict played out, leaving no room for victims to use the transitional justice mechanisms for genuine accountability or redress.

Similarly, the Political Isolation Law of May 2013 – since overturned – warped the principles of transitional justice for political ends.

Lustration – removing from office public officials who have served under a previous authoritarian or human rights-violating regime – is often a commendable and necessary step in a transitional society, to rebuild trust between citizens and the state and to draw a line under a bloody past.

However, in the case of Libya, the Political Isolation Law, which did not limit the scope of lustration only to officials who had been accused of specific criminal acts and human rights violations, became a tool of “victor’s justice”, quickly fostering further resentments.

Rather than renewing the relationship between citizen and state, it became another obstacle that had to be overcome before trust could be rebuilt.

And underpinning the failures of both the Transitional Justice Law and Political Isolation Law of 2013 was the lack of a functioning judicial system. Despite the technical support provided to the judiciary by UNSMIL, Human Rights Watch and other human rights organisations have documented politicised assassinations and persecution of judges and political interference in the courts.

The judicial system has not been able to guarantee fair trials for civilians, and according to the Cairo Institute for Human Rights Studies, “thousands have been held arbitrarily in prisons controlled by the state and militia brigades” for up to three years so far.

On the level of prosecuting high-level actors of the previous authoritarian regime, the tug-of-war between the ICC and Libya over Saif al-Islam Gaddafi and Abdullah Senussi both stalled justice and communicated a broader message that court processes were the terrain of political bargaining rather than seeking to deliver justice.

The dispute between Libya and the ICC rests on the court’s principle of “complementarity”, in which the court can only try a case where the state is unwilling or unable to do so.

In Libya’s case, the state wanted to try the cases but the defendants themselves sought to be tried by the ICC and therefore avoid the death penalty.

But whether on Libyan soil or at the ICC, a focus on trying former authoritarian regime leaders unaccompanied by societal-level transitional justice and truth-telling could replicate the failures of the ICTY in the Balkans, in which the verdicts of “high level courts far away” were found unable to heal the wounds of a conflict that had given way to a “memory war” of politicised memorialisation and low levels of social trust.

More than four years since the end of Gaddafi’s brutal regime, Libyan citizens deserve, and desperately need, justice for the successive waves of trauma and abuse that have washed over the country.

The UN-sponsored peace plan may be the best chance yet, although recent activities by the UN suggest that it is not taking Libya sufficiently seriously. But transitional justice must be prioritised from this point forward, if Libyans are to have a chance of moving on from the injustices that have yet be processed on a societal level.

The failures of Libya’s transition mean there are now two layers of injustice to process: the horrors of the Gaddafi regime, and the horrors that have come afterwards. 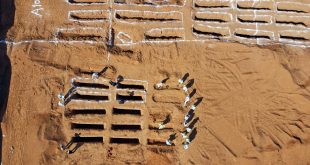