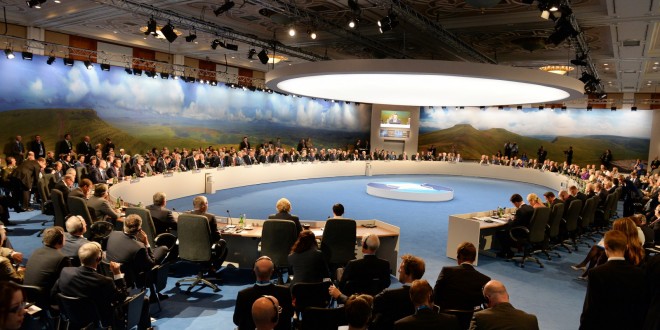 Is NATO readying force for Libya despite intervention denials?

NATO Secretary General Jens Stoltenberg, as well as the American and British permanent representatives to the alliance, are underscoring growing concern about ISIS domination of ungoverned territory along the Libyan coast, mostly in Sirte.

Despite saying that there are “no plans” for intervention in Libya, Stoltenberg said on Monday that “NATO is stepping up its efforts to deal with the challenges from the south,” noting that the alliance’s 40,000 strong rapid reaction force — originally conceived against Russian expansion in the east — could easily be deployed to face ISIS-back threats in the south.

Surveillance is being increased in the region with the stationing of drones in Sicily, he said.

The Italian Foreign Minister, Paolo Gentiloni, told reporters on the sidelines of NATO’s meeting that, “the last option remains, of course, in the hands of the Libyans themselves”, adding “The United States and Italy could also provide crucial support and make the agreement between Libyans possible”.

In addition to political support for United Nations envoy to Libya, Martin Kobler, the focus of discussions were on security threats and its repercussions on NATO’s and European interests.

ISIS presence in Libya is not new, but it is swelling and the fear it could be used as a springboard to launch Paris-style attacks in Europe is growing. NATO finds itself in an ironic position because it was the alliance’s air campaign in 2011 that unseated dictator Moammar Gadhafi and helped create the instability on which ISIS feeds.

Doug Lute, the U.S. ambassador to NATO, said he expects to see strong support from all allies who are contributing and military efforts will be “sustained and maybe even expanded.”

Concern about fallout from the downing of a Russian fighter which crossed the Turkish border from Syrian airspace last week has also gripped the meeting. Stoltenberg said the alliance’s independent data backs Turkey’s version of events. Moscow has repeatedly denied that its warplane crossed the border.

Stoltenberg appealed for both sides to de-escalate the crisis and said Russia should be targeting “our common enemy” in the Islamic State, rather than focusing its bombing campaign on opponents of the Syrian regime.