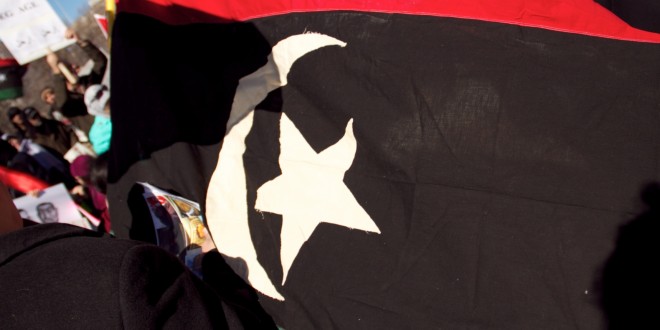 In a surprise development this evening, two teams of from the House of Representatives (HoR) and the General National Congress (GNC) agreed to jointly appoint a national unity government for the country. But it will not be the one proposed by the UN-brokered Libya Dialogue process. Instead, the two teams agreed to set up a committee of five members from each body to name a prime minister and two deputies within a fortnight.

One of the deputies would come from the HoR, the other from the GNC.

The agreement, negotiated in a Tunis hotel during the day, was signed by the GNC’s first deputy president, Awad Abdul Saddeq, and the leader of the HoR team, Benghazi member Ibrahim Amaish. However, it is not known what authority Amaish and the HoR team had to make such a deal.

In the case of the GNC team, though, both Abdul Saddeq and the president of the GNC, Nuri Abu Sahmain, have been talking for some weeks about the possibility of a settlement produced by Libyans themselves without any outside involvement. However, this does not necessarily ensure GNC approval.  A majority of  members are said to support the UN deal. But Abu Sahmain no longer permits formal sessions of the GNC in order to prevent members endorsing the deal.

This evening’s announcement came just hours after the UN’s special envoy to Libya, Martin Kobler, met with the HoR’s president Ageela Salah Gwaider in Shihat to discuss the Libya Dialogue’s proposed Government of National Accord (GNA), led by Faiez Serraj, and which will have five deputy prime ministers. It is unclear whether Ageela Salah was aware of Tunis meeting when he was with Kobler or of what it was planning to do.

Under the proposal, the joint 10-member committee will also look making at amendments to the 1963 constitution which would then be adopted by both bodies until the new constitution is finalised and approved.

This latest attempt at “Libya-Libya” dialogue follows a meeting in Tunis on 26/27 November attended by some 27 HoR and GNC members from Cyrenaica opposed to the internationally-backed GNA. One of their proposals was the Ageela Salah and Abu Sahmain should meet and that the two bodies should find their own solution to the current crisis.

Several HoR members were later reported to have approved the idea of both presidents meeting.

This latest proposal, however, may only complicate the situation even further. Most Libyans now regard both the HoR and the GNC as no longer legitimate.