Top ISIL leader in Libya killed by US strike: Pentagon

The US has announced it has killed two senior leaders of two separate armed groups in Africa during recent air strikes.

The Pentagon confirmed on Monday the death of Abu Nabil, the leader of the Islamic State of Iraq and the Levant (ISIL) in Libya.

He was targeted in a November 13 US air strike carried out by F-15 aircraft on a compound in the city of Derna.

At the time, US officials, speaking on condition of anonymity, had expressed confidence that Abu Nabil was killed in the air strike.

“[Abu] Nabil’s death will degrade ISIL’s ability to meet the group’s objectives in Libya, including recruiting new ISIL members, establishing bases in Libya, and planning external attacks on the United States,” Peter Cook, a Pentagon spokesperson said at the time.

US officials also said that a senior al-Shabab leader was killed in an air strike in Somalia on December 2, in what they are calling a significant blow to the group.

The US officials named him as Abdirahman Sandhere, also known as “Ukash”. 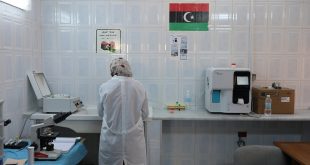