Home / Featured Articles / Statement on a Political Deal for Libya 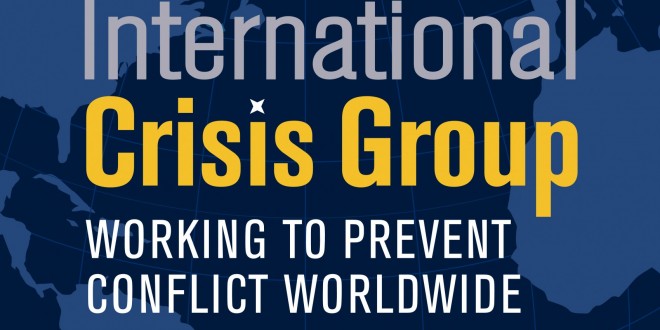 Statement on a Political Deal for Libya

The International Crisis Group considers the international conference on 13 December in Rome an opportunity to bring together a divided Libya through an inclusive political process. Under the co-chairmanship of Italian Foreign Minister Paolo Gentiloni and U.S. Secretary of State John Kerry, it will bring together the “P5+5” group that has backed the talks – the five permanent members of the UN Security Council (China, France, Russia, the United Kingdom and the United States) and Germany, Italy, Spain, the European Union and the UN, as well as Libya’s neighbours.

Intense diplomatic efforts to resolve the crisis in Libya are of course welcome, but there are risks associated with a precipitous rush to anoint a government without consolidating domestic support or addressing urgent security concerns.  Ending negotiations will strengthen hardliners; granting recognition to a government that has insufficient backing will condemn it to irrelevance.

Establishing a sound basis for stabilising the country entails giving Libyan, regional and other international actors and Martin Kobler, the UN Secretary General’s Special Representative, the necessary support and time to rebuild trust in the UN – which was damaged by the premature announcement of the composition of a government of national accord in October and the allegations of impropriety by the Secretary General’s former Special Representative, Bernardino León – and to secure as wide a consensus as possible through the following steps:

There is, rightly, concern that more negotiations, especially if in bad faith, would allow further deterioration on the ground. But security and economic talks must happen in any event. Their prospect will be threatened should a hard push on the political track lead to polarisation or fragmentation. Pursuing the security and economic tracks even as the political track regains its footing, however, should be seen as an opportunity to begin to correct the increasingly alarming economic, humanitarian and security situation and help build momentum toward a more inclusive agreement and buy-in for a government of national accord. Crisis Group recognises that there is strong pressure to give the proposed government of national accord international recognition. In the event of such a decision, it urges participants to:

Many countries gathered in Rome intervened militarily in Libya in 2011 without a plan for the aftermath; they should not repeat that mistake now on the diplomatic front. This conference is an occasion to chart a realistic way forward. It should not gamble with Libya’s future.

International Relations and CooperationPolitical TransitionSecurity Sector Governance
All
2015-12-12
activate
Previous UK ‘moving towards’ military intervention against IS in Libya: Government source
Next Are Libyan factions being forced to sign a UN deal?