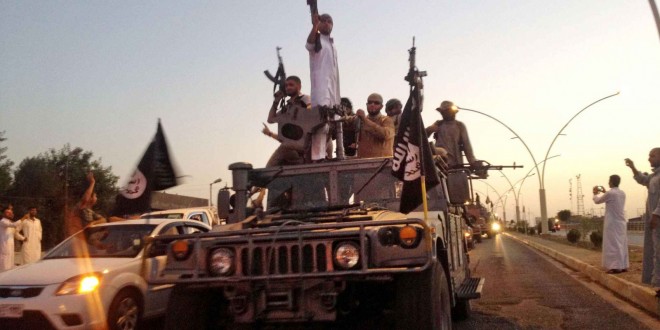 French Defence Minister Jean-Yves Le Drian said Monday that the Islamic State group was spreading from its stronghold on the Libyan coast to the interior of the country with the aim of getting access to oil wells.

“They are in Sirte, their territory extends 250 kilometres (155 miles) along the coast, but they are starting to penetrate the interior and to be tempted by access to oil wells and reserves,” Le Drian told RTL radio.

World powers are trying to convince Libya’s warring factions to lay down their weapons and fall behind a new national unity government, as IS-allied groups exploit the political chaos to take hold of parts of the country.

Libya has slipped into chaos since the fall of Moamer Kadhafi in 2011 which IS has exploited. The UN believes 2,000 to 3,000 fighters are operating there, including 1,500 in the coastal city of Sirte.

Libya has had rival administrations since August 2014, when an Islamist-backed militia alliance overran Tripoli, forcing the government to take refuge in the east.