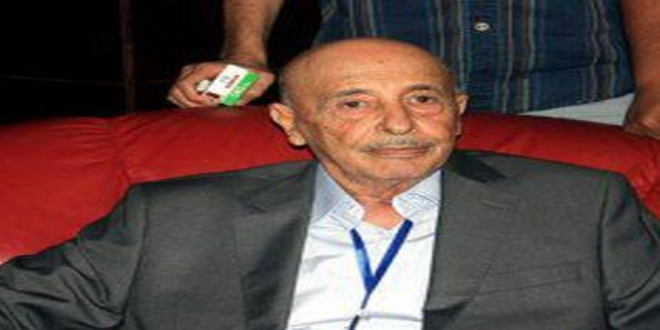 Agila Saleh Gweider, president of Libya’s internationally-recognized parliament, has expressed his conditional support for the Libyan Political Agreement signed by rival parliamentarians ten days ago in Morocco. Saleh had rejected the agreement, instead leading a parallel negotiation process together with Nuri Abusahmain, the head of the rival legislature in Tripoli.

But on Saturday the HoR president attended a meeting in the eastern town of Bayda, in which stakeholders from across eastern Libya said they would support the peace deal and the Government of National Accord or GNA under certain conditions, mainly support for the army and preservation of its current leadership. In another meeting on Friday evening, stakeholders from the Benghazi area issued a similar list of conditions, also focusing on the role of the army.

“Parliament will decide on the recognition of the GNA if the required quorum is obtained,” Agila Saleh told Libyan news agency LANA, but added that certain points needed to be addressed beforehand.

In case these conditions are not met, participants warned, the political agreement will be considered void by Cyrenaica residents.

During the meeting each tribal representative listed his tribe’s key demands and these were summarized in the final declaration.

“The meeting in Benghazi was a comprehensive meeting for all tribal elders from Cyrenaica,” claimed Saleh al-Ateyush, a leading elder from the Magharba tribe who attended the event. “The only defense against terrorism in Benghazi is the National Army led by Khalifa Haftar”, Ateyush said on Libya Channel’s 9pmDebate on Sunday. “What we demand in Benghazi is what all Cyrenaicans demand.”

Another participant, Mussa Jibril, a senior member of the Drissa Tribe, agreed. “We are supporting the Unity Government on the condition that the army, its general command and army chief Khalifa Hafter, are maintained. Why? Because Haftar brought together all Cyrenaican tribes and we trust him….Khalifa Haftar is not fighting terrorism on his own, he is fighting with the tribes, with our sons”, he claimed on the Channel’s 9pmDebate on Saturday. “We are not sanctifying an individual or a position but we value actions. And we want a guarantee for this institution and we will protect it if the agreement is breached,” he added.

Speaking to LANA, HoR President Agila Saleh explained that at the meeting there had been “differences of opinion between those who support [the LPA], those who oppose it and those who are reticent, but the majority is in favor of creating a [unity] government provided these conditions are met”.

Participants, he said, rejected “foreign tutelage” over the GNA – one of the key arguments put forward by proponents of the so-called Libyan Libyan Dialogue who fear that foreign powers may use the GNA to legitimize military intervention in Libya.

“When we hear there are 5,000 Italian soldiers coming to Tripoli in a single day, that is like the Italian occupation all over again”, Saleh al-Ateyush said, referring to statements by the Italian Defense Minister earlier this year. The Minister claimed in February that his country was willing to lead a unilateral mission to combat the Islamic State in Libya and that 5,000 troops were ready to go in.

Agila Saleh also said participants demanded that the army and [HoR-approved] Libyan security forces assure the establishment of the GNA in Tripoli. The current understanding is that the GNA must gain the support of “moderate” armed groups in western Libya whose leaders support the outcome of the dialogue in order to set foot in the capital. UNSMIL’s security advisor Lieutenant-General Paolo Serra is working on the security plan.

Finally, participants of the Bayda meeting formed a committee that is expected to travel to western and southwestern Libya in the coming period to discuss the issue of the GNA and its establishment in Tripoli.

The Bayda meeting came just after a similar gathering in Benghazi, which brought together tribal elders, members of the municipality and security apparatus, as well as civil society activists on Friday evening. Participants of the Benghazi meeting also issued a list of demands summed up in a five-point statement:

As the international community is putting its support behind the new Libyan government, the HoR leadership is concerned that it is being sidelined. While the text of the political agreement states that the GNA must be approved by Parliament, which is the HoR, the fact that the UN pushed ahead with the signing of the agreement on December 17 against the will of the HoR leadership has been interpreted as sign that the formation of the GNA will go ahead with or without the approval of the HoR president or an internal vote.

Proponents of the UN-backed deal hope that more lawmakers and stakeholders will join in over the coming weeks. But as the Bayda and Benghazi gatherings showed there are still significant gaps to breach to bring all major actors and constituencies into the fold. Meanwhile, many in eastern Libya hope that the HoR will come together to clarify its position regarding the GNA. The HoR has gathered on numerous occasions since the GNA was first proposed on October 8, but internal disputes have prevented the vote from taking place.

In Tobruk, where the HoR is based, the Municipal Council and the local Elders Council came together on Friday to call on the HoR to resume plenary sessions and hold a vote on the GNA. The group also expressed its support for the GNA and invited its Prime Minister, Faiez Serraj, to pay a visit to Tobruk.

International Relations and CooperationPolitical Transition
BenghaziButnanJabal al Akhdar
2015-12-28
activate
Previous Serraj gets boosts from Benghazi and Cairo
Next False Maneuver: What is Behind Daesh Upsurge in Libya?