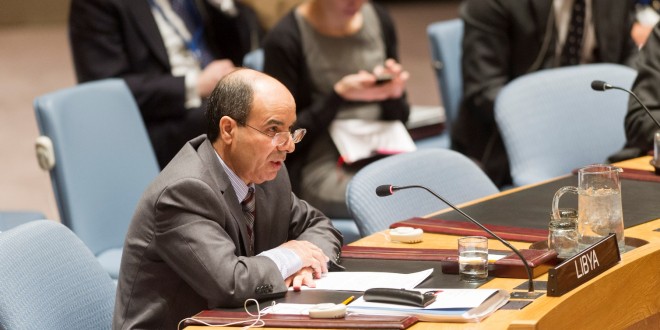 The Beida-based government of Abdullah Thinni has dismissed the Libyan ambassador to the United Nations, Ibrhaim Dabbashi. Its spokesman, Hatim Al-Araibi, is quoted by the Beida offices of Libyan news agency LANA saying that the sacking followed a compliant from Naji Al-Maghrebi, the head of the parallel National Oil Corporation appointed by Thinni, that Dabbashi had prevented an oil deal he had set up.

The decision is, however, unlikely to be accepted by the UN as it no longer recognises the Thinni government. Just over a week ago, the Security Council it fomally switched recognition to the Government of National Accord led by Faiez Serraj, itself was brokered by the UN.

So far, the Faiez government has not decided who Libya’s UN representative should be.

In fact, the emergence of the GNA is thought to be the real reason for the Thinni government’s move. Dabbashi, who had been unswervingly loyal to the Thinni administration, has publicly declared his support for the new one, saying that it alone now had legtimacy.

According to a source in the Thinni government, it has decided to appoint the acting Libyan ambassador to the US,  Wafa Bughaigis, as Dabbashi’s temporary replacement. Her response is as yet unknown although she is seen as unlikely to accept.
By Saber Ayyub