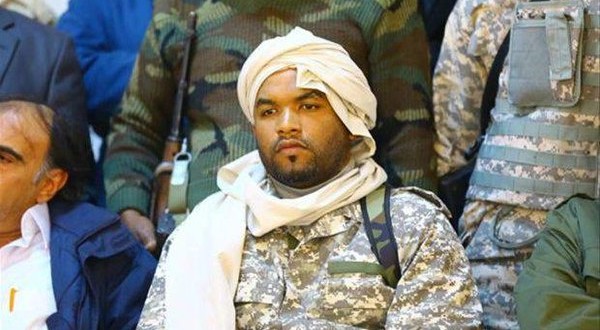 Ibrahim Jodran: Haftar army and Daesh are two sides of the same coin

Ibrahim Jodran has said 7 of his fighters were killed and 25 others were injured in Monday clashes against IS militants around Sidra port.

Speaking in Barga TV last night, he praised his forces’ victory over IS and lashed out at Khalifa Haftar, saying he and Daesh are two sides of the same coin.

Jodran accused Haftar of masterminding a plot to kill Libya’s young people by sending them to the frontlines, referring to the clashes of Benghazi as an example.

“He (Haftar) destroyed Benghazi, oh my people in Barga, beware of his plot, beware of this criminal.” He said.

He also consider Haftar and his military command as an enemy such as Daesh.

“I call my people in Benghazi and Barga for unity. Our enemy is not Daesh only, but also those who are planning to bring back dictatorship and military rule. The so-called the General Command and its supporters are also enemies to all Libyans.” He indicated.

Relation between both strained last September when Jodran accused Haftar of trying to kill him.