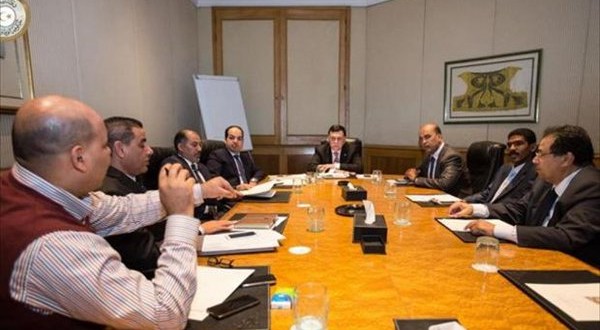 Fighting near the western Libyan city of Misrata is preventing Faiez al-Serraj, Prime Minister of Libya’s newly formed Government of National Accord, from leaving neighboring Zliten, where Serraj paid a visit Friday evening to express his condolences following a brutal terror attack the day before.

The bomb attack, which has been claimed by the Libyan Islamic State Group, killed about 50 police recruits in Zliten on Thursday morning and injured at least 70, according to the revised death toll. On Thursday, sources at Zliten Hospital spoke of as many as 68 dead and 127 casualties.

Serraj, who is currently based in Tunis but is meant to oversee the establishment of his government in the Libyan capital later this month, travelled to Zliten on Friday via Misrata Airport, one of only two operating civilian airports in western Libya. He was accompanied by a small delegation including Ahmed Maiteeg, his Misratan deputy, and two other vice prime ministers – who went to the eastern town to pay their respects as thousands gathered in Zliten on Thursday and Friday to mourn the dead and display resilience in the face of IS terror.

On their way back to the airport, the delegation was forced to turn around at Dafnia checkpoint – just west of Misrata – as the road was closed due to fighting. “We heard shooting at a distance”, vice PM Mussa al-Koni told Libya Channel. Sources on the ground said the clashes were between forces backing the GNA and others opposing it.

Serraj’s visit to Zliten was his first official trip to Libya since the he was appointed as part of a political agreement that rival lawmakers signed in last month to end the civil war. The GNA’s 9-member Presidency Council, which has already been formed, strongly condemned the Zliten attack and called for unity. “We cannot fight against this terrorist organization unless we join our efforts and put our differences aside and strengthen the internal front”, it’s Thursday statement read. “We call on the sons of the nation to rally around the unity government and support it in this difficult phase”, it added.

The Libyan Islamic State Group on Friday claimed responsibility for the brutal Zliten attack, naming the IS attacker as Abdallah al-Muhajir who “was able to detonate a booby-trapped truck in the middle of a base of apostate forces and kill almost 80 of them, as well as injuring over 150.” The group added that this “blessed” and “successful” operation was part of a chain of attacks in the honor of Abu Mughira al-Qahtani, whom IS named as chief of its Libya operations and who is thought to have been killed in a US airstrike in November.

Observers pointed out that the statement referred to the suicide bomber as “knight of the martyrs” rather than “knight of the knights of the caliphate” as was the wording in previous IS statements referring to attacks executed, arguing that this may indicate the perpetrator was a lone wolf rather than an IS hitman.

The claim of responsibility was issued by the eastern Libyan IS branch known as IS Cyrenaica Province or “Wilayat Barqa”, which suggests that the IS Group has reorganized its Libya operations focussing all efforts on Sirte. Sirte became the headquarters of its western Libyan branch “Wilayat Tarablus” around the same time as the eastern branch lost its stronghold of Derna following a local uprising, last June. At this point, IS does not control any town in eastern Libya, although it has carried out operations in Benghazi and is still trying to regain control of Derna. In central Libya, IS however controls a 200km strip of land stretching from Sirte to Bin Jawad, a village it conquered last week. This stronghold, in addition to presumed cells across western Libya, has enabled IS to carry out attacks in Tripoli, Misrata, Zliten, and along the coastal road leading to Sirte.