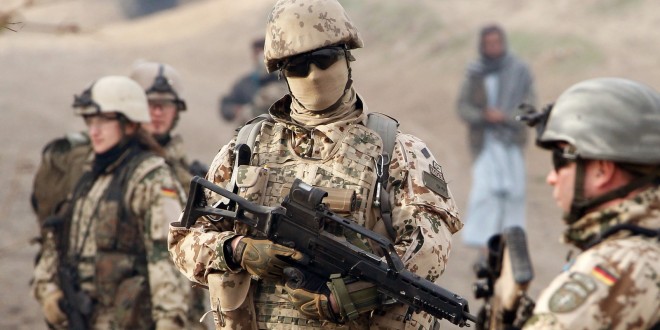 Hundred German troops will train Libyans to fight IS

Germany is considering sending more than 100 troops to train the armed forces of Libya, which is in turmoil due to rival political administrations and Islamic State group attacks, Der Spiegelmagazine reported Saturday.

“According to internal (government) plans German soldiers could, along with Italian colleagues, within months begin training the Libyan armed forces,” the news magazine said.

“This would involve 150-200 Bundeswehr (German armed forces) troops,” Der Spiegel added. There was no comment from the defence ministry.

The oil-rich north African country descended into chaos after the fall of dictator Muammar Gaddafi in 2011.

Libya has had two governments since August 2014 – an Islamist administration in Tripoli and the internationally-recognised government in Torbuk.

The EU on Friday urged Libyan politicians to back a unity government, as the IS launched a devastating suicide bombing campaign that killed dozens and sparked fears of an extremist expansion on Europe’s doorstep.

For security reasons the military training, on a model already used with the Kurds of northern Iraq, would take place in Tunisia rather than on Libyan soil.

That decision must be approved by parliament where Merkel’s coalition government enjoys a strong majority.