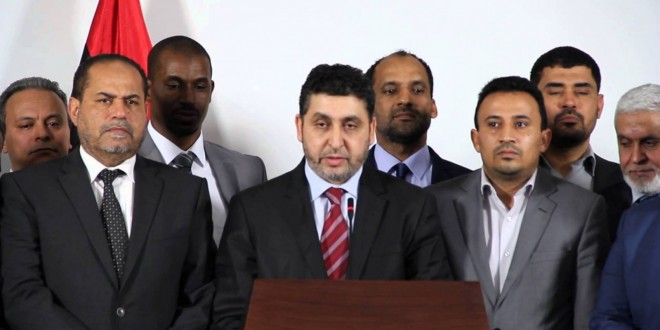 A jittery Libya Dawn seeks to clamp down on foreigners

Tripoli PM Khalifa Ghwell’s ministry of defence has issued a general mobilisation in Libya Dawn areas, which includes restrictions on the movements of diplomats and other foreigners.

The announcement appears to have been issued on Friday, a day after Ghwell promised to double the salaries of militiamen.

Echoing a demand last week by GNC president Nuri Abu Sahmain, the defence ministry, which is run directly by Ghwell,  has warned Libyans to report any suspicious activity by foreigners.

It also stipulates that foreign residents must tell the authorities of their place of residence and that diplomats should alert the authorities if they wished to move beyond their missions.

A foreigner who went to her local police station yesterday told the Libya Herald that  when she arrived with her papers, the officers had no idea what she was talking about.

It is unclear why the government is increasingly jittery about the security situation. For the last 24 hours there has been a noticeable rise in tension with different militia road blocks conducting more searching checks on people passing through.

One local well-used to the checks told this newspaper: “ The heightened security seems to be a reaction to a threat which none of the guys on the checkpoints were prepared to discuss. But you could see that they had been told that something very important might be going down. But they had no idea what”.

A long-standing foreign resident in Tripoli told this newspaper “Those of us who are still here have been told by our Libyan friends and neighbours not to worry. As during the revolution, the authorities issue these instructions about foreigners but nobody really knows what’s  going on.”.