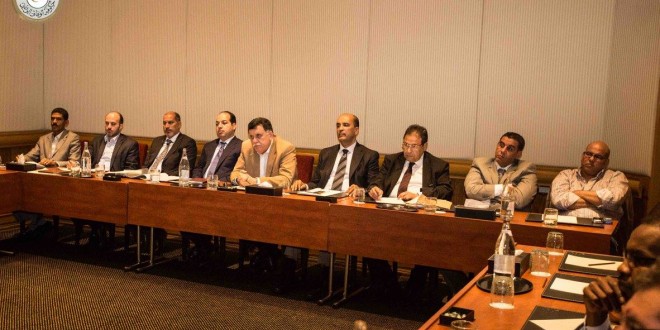 A new UN-backed Libyan government was unveiled earlier this week. It is the result of over a years worth of mediation on the part of the United Nations in efforts to stabilise the country. It is tasked with ending the civil war and stemming its side effects, such as the flourishing refugee smuggling business and the expansion of Daesh, alongside uniting the countries two warring parliaments- all this from a hotel in neighbouring Tunisia. Can it work?

Libya has been in conflict since the NATO-backed revolt that overthrew Muammar Gaddafi in 2011. Anti-government protests that erupted across the country ended Gaddafi’s reign after 42 years. Since then, armed groups allied to Libya’s rival governments – one a militia-backed self-declared administration that took power in Tripoli after the internationally recognised government of Prime Minister Abdullah Al-Thinni fled to Tobruk, in eastern Libya – have been locked in a battle for control of the oil-rich nation.

When Gaddafi fell there was genuine hope that Libya was on the path to democracy. Ashur Shams, an anti-Gaddafi activist and Libyan dissident, remembers the feeling of elation on the streets of Tripoli. Soon after, however, he says that it became apparent that there was absolutely nothing for the revolution to build on. “Gaddafi didn’t just leave a country destroyed, he actually destroyed the very basics of the state,” he says. “We were not like Egypt or Tunisia with a bureaucracy already in place, a system. We didn’t find that; we found absolute rubble.”

Anas El Gomati, Director of Governance and Security at the Libyan think tank Al Sadeq Institute, says that while the uprising was NATO-backed, many states were reluctant to support nation building following the end of Gaddafi’s rule. He points to the international community’s lack of pressure when it came to the Disarmament, Demobilisation and Reintegration (DDR) scheme, a crucial post-conflict process involving the collection of weapons and the controlled discharge and reintegration of ex-combatants. “They hoped the ballot box would fix everything,” he says.

Today the political instability has allowed Daesh to gain a foothold, one that is steadily expanding. In the run-up to the January 16 deadline for the formation of the new government, the militant group led a sustained attack against the country, targeting its vital infrastructure. Between January 4 and 6, the group hit the oil infrastructure on which the country’s future economic prosperity relies. The following day a truck bomb targeted a police training centre killing 65 people. A Benghazi power plant was also attacked cutting electricity supply to houses and vital services such as hospitals. On 14 January two more attacks against the oil infrastructure were launched.

The refugee smuggling business has also flourished with the political instability. Libya’s coast has become the destination for many desperate refugees looking for a passage to Europe. They pay smugglers extortionate amounts of money for the dangerous trip across the sea, many of which don’t survive the journey. The refugee crisis and fears over the proximity of Daesh to Europe has added an urgency to finding a resolution for some (this could mean that the most attractive solution for these countries is more of a quick-fix than something that effectively deals with Libya’s issues).

Aside from dealing with the above issues, elements of both the opposing governments have also been rejecting the new government. On one side you have the government of Al-Thinni and the internationally-recognised parliament, the House of Representatives (HoR), which was elected in June 2014. On the other, you have General National Congress (GNC), the Tripoli-based predecessor to the HoR. The HoR was forced to move to Tobruk after fighters from Libya Dawn, an umbrella of several armed groups whose allegiance lies with the GNC, took control of the capital’s major arteries and airport after months of fighting against rival fighters drawn largely from the mountain stronghold of Zintan, southwest of Tripoli. Libya Dawn then set up its own administration and reinstated the old parliament. It controls much of western Libya, including Misrata and Tripoli, and is led by fighters from the former, a city which played a key role in the resistance against Gaddafi’s forces. General Khalifa Haftar, leading the Libyan National Army (LNA), leads the fight against Libya Dawn.

The HoR meets on Monday to vote on the UN-backed government, with its president, Aguila Saleh, already signalling his opposition. In Tripoli, militias of the GNC have warned that the Tunis-based cabinet members risk arrest if they set foot in Libya. The UN brokered deal does include roles for both parties- the HoR will be the main legislature, while a State Council made up mainly of GNC members will be a second, consultative chamber. But will these new roles be enough to keep them happy? Shams believes so. “They have no other alternative.” He adds: “They themselves cannot hold power as they have now demonstrated over the past nearly two years.”

“Security is the number one issue facing the government,” says Shams. The new government is supposed to be based in Tripoli but security has made that impossible for the time being. For that there needs to be a more “water-tight” arrangement with militias operating there, he claims. Militia groups sprung up during the uprising and many were given government-funded salaries afterwards in an attempt to draw them into the political system. This has encouraged their growth. Senussi Bsaikri, a Libyan political commentator, agrees that security is the biggest challenge facing the government, which he says faces opposition from many militant groups in Tripoli. “They consider it as a puppet government,” Senussi says. He noted how the new Prime Minister Faiz El Sarraj faced serious troubles during his visit to Zlitan after an attack targeting police trainees.

The disagreements over the government extend to its composition, Senussi added. “I think the size of the cabinet [32 members] is unsuitable for the situation in Libya and the current crisis the country facing.” He said: “All Libyan experts believe that the cabinet has to be small so the government can easily function.” Secondly, he says, many critics think that cabinet’ members have been chosen only to satisfy different regions, sects and political parties, and that will come at the expenses of government efficiency and effectiveness.

The UN is taking a gamble by backing the new government. While a solution is desperately needed for Libya, there is a risk it can backfire and a third government will only add to the chaos. But Shams believes we should be hopeful:“It’s a good step forward”. He adds:“There is the possibility that the whole things fragments and dissolves quickly…but it’s the best chance we’ve had for a long time.”