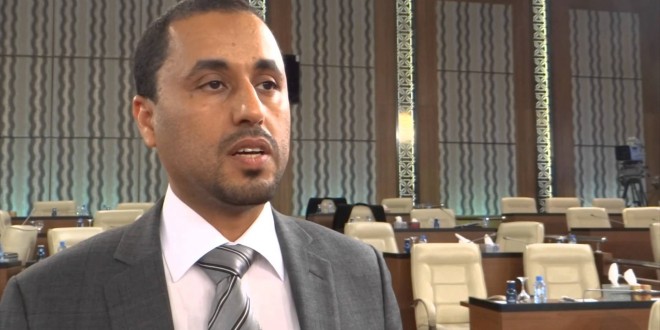 Criticism to HoR over its stance from the GNA and LPA

The chief of talks’ team of the General National Congress (GNC), Saleh Al-Makhzoum, denounced trials of the House of Representatives (HoR) to modify the 8th article of the Libyan Political Agreement LPA) concerning the military, security and civil posts.

Al-Makhzoum, in a statement late on Monday, considered what the HoR did in Monday’s session a severe violation of the spirit of the LPA, threat to it, and a coup too.

“The Political Agreement is inseparable, it is either accepted or refused as a whole”, he stated.

The boycotting member of the House of Representatives (HoR), Fathy Bash-Agha, said that the HoR session on Monday violated the constitutional sequence.

He said on his Facebook page that the HoR should vote on the political agreement first, then modify the constitutional declaration then voting on granting confidence to the government formation.

The HoR voted on the 3 cases at the same time which Bahs-agha refused. The HoR refused, on Monday, to grant the government the confidence and demanded minimizing its 32 ministers within 10 days.

Observers believe that the HoR members were under the pressure of the supporters of Dignity Operation that led by the retired General Khalifa Haftar as more than 90 HoR members were witnesses to the agreement and accepted its articles including the 8th.

Haftar called last week for the abolishment of the 8th article as it “stands in the way of him fighting terrorism. It will also take him out of the Libyan political and military scene.

The 8th article stipulates that powers of all security, civil and military posts to the Presidency Council (PC) of the Government of National Accord (GNA) shortly after signing the agreement depending that the PC takes decisions about it within 20 days, if not the PC should make new designations within 30 days.

The pro-Haftar deputy Prime Minister, Ali Al-Qatrany, withdrew from the consultations of the GNA, demanding Haftar’s continuously as the head of the military and appointing a pro-Haftar defense minister.

Foreign sources note that an American-Italian-German project to the Egyptian President, Abdulfatah Al-Sisi, includes designating Haftar as the chief of the joint Arab forces that Al-Sisi has earlier called for, provided that Haftar lives in Cairo. Which might be a smooth withdraw for Haftar from Libya.

The HoR, on Monday, refused the formation of the GNA proposed by its head Fayez Al-Sarraj by 89 votes out 104. They demanded forming a 17-ministry government rather than 32 and presenting it within 10 days.