Home / Normal / Will international military intervention against IS happen in Libya? 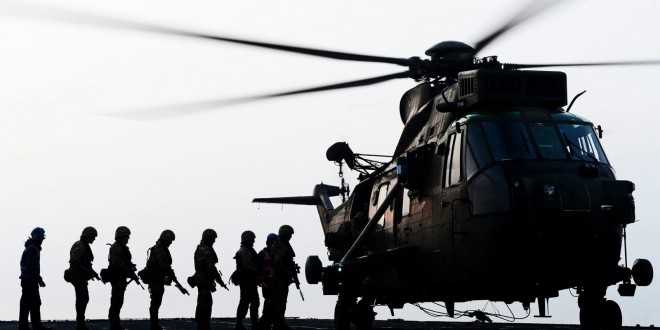 Will international military intervention against IS happen in Libya?

After Iraq and Syria, will international military intervention against the Islamic State group now take place in conflict-ridden Libya as well?

Western powers including the United States, Britain and France are openly considering such a move, but appear reluctant to act without a government of national unity in place.

Such a government would bring together rival factions competing for power for more than a year and a half — the Islamist-backed General National Congress in Tripoli and the internationally recognised government in the far east.

Foreign ministers from the coalition bombing IS in Syria and Iraq, including US Secretary of State John Kerry, meet in Rome on Tuesday to discuss their efforts, with a possible expansion into Libya likely to be on the table.

Why would it happen?

“The failure of the political process and the simultaneous escalation of IS activities in Libya made all of this much more likely” in recent weeks, said Mattia Toaldo of the European Council on Foreign Relations.

The Islamic State group has become the greatest jihadist threat to the region since seizing Sirte, hometown of deposed dictator Moamer Kadhafi, in June 2015. The city is just 450 kilometres (280 miles) east of Tripoli.

The jihadist group is estimated to have some 5,000 fighters in Libya, and is trying to attract hundreds more.

“Action in Libya is needed before Libya becomes a sanctuary for ISIL, before they become extremely hard to dislodge,” a US defence official said last month, using one of several names for IS.

French Defence Minister Jean-Yves Le Drian warned on Sunday that with the onset of better weather, IS fighters hiding among refugees travelling from Libya to Italy pose a “major risk” to Europe.

Le Drian said IS is now just 350 kilometres (220 miles) from the Italian island of Lampedusa, arrival point for thousands of migrants and refugees leaving Libya for the European Union.

Martin Kobler, head of the UN Support Mission in Libya (UNSMIL), has said African countries such as Niger and Chad are also concerned about IS spreading south through the vast desert.

“Libya’s neighbours in Africa and Europe are not likely to simply allow the threat from the Islamic State to grow unchecked,” said Issandr El Amrani of the International Crisis Group.

“But the nature of that military action is far from certain.”

How would it happen?

Foreign countries say there will be no intervention without a political agreement in Libya, and a national unity government requesting help.

In the meantime, options are being considered, ranging from an air campaign in support of Libyan forces as in Iraq, to the deployment of ground troops.

“But the latter seems unlikely,” according to El Amrani.

For Toaldo, intervention will be along the lines of in Syria: “air strikes, some drones, some special operation troops on the ground”.

The United States has sent in experts to make contact with local forces to ensure the support of the many militias controlling territory.

The recognised government based in Al-Bayda, in addition to air strikes, wants the speedy lifting of the arms embargo imposed by the UN in 2011.

Forces loyal to the government, calling themselves the Libyan National Army, say they can supply intelligence on IS positions, a determining factor in avoiding civilian casualties.

The support of the Tripoli administration backed by the Fajr Libya coalition of Islamist militants is less certain, especially if the UN-brokered political process fails.

Where would it take place?

Experts say foreign strikes would first concentrate on Sirte and its environs, the main area under IS control. Derna 1,100 kilometres (680 miles) east of Tripoli would also be a target, with IS fighters now on its outskirts after being expelled from the city in July by local forces.

Military intervention “will focus on ISIS rather than on Libya as a whole,” said Toaldo.

“This makes it easier for European prime ministers who will be able in some cases to avoid parliamentary votes on this.”

Who would take part?

The United States would appear determined to participate, but not necessarily to lead such an operation as it currently does in Iraq and Syria.

US officials believe Italy, the former colonial power in Libya, could lead an international operation.

France and Britain, who like the US joined the NATO intervention against Kadhafi in 2011, also plan to take part.

The debate has already begun.

“We do not believe at this time in a military solution to the Libyan crisis — that would further complicate the situation,” African Union Peace and Security Council chief Smail Chergui said on Sunday, insisting on the need for a political solution.

“I don’t think such an intervention, without solid partners on the ground, could make a difference,” Toaldo said.

El Amrani said: “It could have a positive impact in at least limiting the growth of IS in Libya, depleting its resources and making it more difficult to continue its current attempts to seize and/or destroy oil facilities east of Sirte.

“A larger scale intervention, however, could also have more uncertain consequences” politically, he said.

“This is why it would be important to garner support from Libyans on both sides of the mainstream divide.”

International Relations and CooperationViolent Extremism
All
2016-02-02
egeoffroy
Previous US, Italy warn of rising ISIL threat in Libya
Next GNC sacks some of pro-Skhirat agreement members