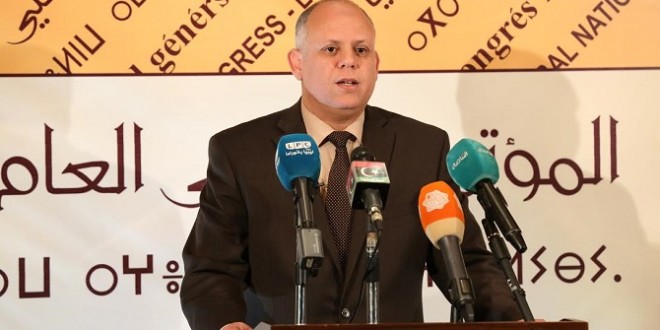 The General National Congress has decided to dismiss a number of members, First Deputy President Awad Abdul-Sadiq declared in a press briefing on Tuesday.

Awad clarified that the absentees, whom he did not name, had started to declare themselves as members of State Council, which is baseless, as the GNC did not approve the Skhirat agreement.

“They also violated the constitutional declaration and signed the agreement without GNC approval.” He said.

Meanwhile, sources from the GNC confirmed that 10 MPs have been dismissed including Mohammed Amari, member of the UN-imposed Presidency Council, Saleh Al-Makhzoum and Mohammed Emmazib.

The dismissed members will be replaced by the following candidate each according to his constituency, in accordance with the provisions of the electoral law.

Political TransitionSecurity Sector Governance
2016-02-03
egeoffroy
Previous Will international military intervention against IS happen in Libya?
Next Western Airstrikes in Libya to Fight Daesh ‘Intrusive and Neocolonial’