Home / Featured Articles / IS growing in Libya, shrinking in Iraq and Syria 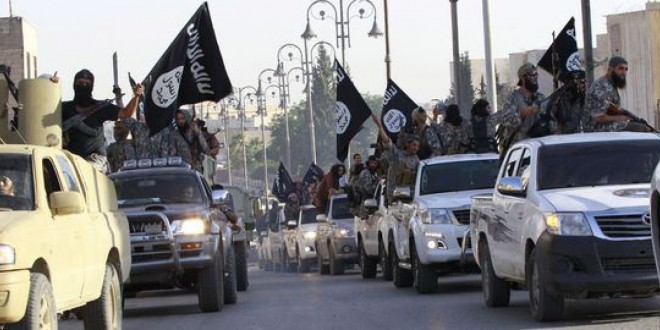 IS growing in Libya, shrinking in Iraq and Syria

Libya has seen an influx of Islamic State group (IS) fighters in recent months while their number has dropped in Syria and Iraq, a US defence official said on Thursday.

Around 5,000 IS fighters are now thought to operate in Libya, according to the official who spoke on condition of anonymity, up from earlier estimates of between 2,000 and 3,000.

Meanwhile, the number of IS militants in Iraq and Syria is believed to have dropped by several thousand.

The revelations come after the BBC reported on Wednesday that top IS commanders were taking refuge in Libya, as they come under increasing pressure from international airstrikes in Syria and Iraq.

The BBC quoted Ismail Shukri, the head of intelligence in the city of Misrata as saying: “Some of their members, especially those with long-term importance to [IS], are taking refuge here. They view Libya as a safe haven.”

“The majority are foreigners, around 70 percent. Most of them are Tunisians, followed by Egyptians, Sudanese and a few Algerians,” said Shukri.

“Add to that the Iraqis and the Syrians. Most of the Iraqis come from Saddam Hussein’s disbanded army.”

The Obama administration is struggling to find the right mix of military and diplomatic moves to stop IS in Libya, who have taken advantage of the country’s chaos to gain a foothold close to European shores.

The group already controls the Mediterranean city of Sirte, the birthplace of longtime Libyan dictator Muammar Gaddafi, and has launched attacks in a bid to seize key oil terminals.