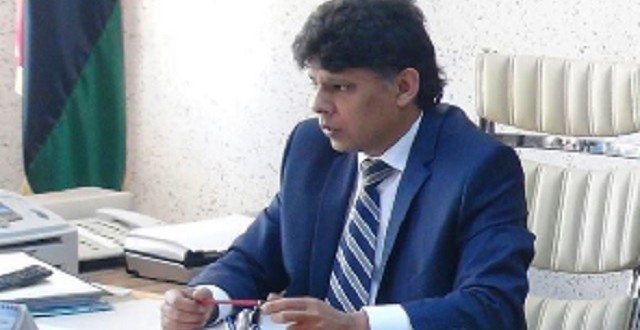 The Libyan Attorney General / Public Prosecutors Office (PPO) announced at a lengthy press conference held at the Courts Complex in Tripoli that it is investigating a myriad of cases.

Speaking at the press conference, Siddiq Sour, the head of the Investigations Department of the PPO said that ‘‘tens of arrest warrants’’ have been issued in connection with the above mentioned cases.

With regards to the emotive 28-29 June 1996 Abu Sleem prison massacre under Qaddafi, the massacre attributed for sparking the Libyan 17 February 2011 revolution, Sour anticipated that investigations in that case will be complete within a month.

He revealed that over 150 accused being held were questioned and that on Wednesday about 18 were released, and another 15 had been released previously for insufficient evidence to convict.

Sour confirmed that there were over 300 accused of terror charges held by a number of security authorities. He revealed that the PPO was so keen to ensure that sound legal procedures were followed during the process of investigations and charges that a special committee was formed of intelligence officers, police and investigation experts.

The committee confirmed some of the crimes committed and checked the legal safety of some of the investigations. This was done in the hope that none of these criminals escaped justice.

The PPO was also investigating a number of banditry and kidnapping cases, including, with its Surman office, the kidnapping of the Shershary childrenwhere he said there were four accused. There were confessions he said.

The PPO was also investigating the numerous fake claims of salaries by militias. There have been some arrests and a number of individuals will be taken to court next week, he confirmed.

Sour said that about 90 percent of the various drugs cases that were apprehended at Libyan air and sea ports as well as at its border crossings have been referred to courts. He revealed that there were about 62 drug trafficking cases through border points. The value of weed confiscated was valued at LD 197 million, hallucinate pills at about LD 1.5 million and alcohol about LD 6 million.

Discussions with Lebanese authorities of the possibility of the handover to Libya of Hannibal Qaddafi, son of dictator Muamar Qaddafi, after the PPO handed over to the Lebanese corruption and murder accusations files against Hannibal were ongoing, he confirmed.

Sour warned that anyone held without being charged is considered a crime, an infringement of freedom and a kidnapping and a citizen or his family have the right to report that in order that the correct legal steps are taken on their behalf regarding arrest and the time period of being held in custody that do not contradict human rights.

He said that the PPO receives many complaints from Libyan and foreign human rights organizations and that the PPO has issued instructions to numerous sectors requesting they reveal the names of those in their custody and the reasons for their detention and in preparation of opening affidavits in order to release those who do not warrant detention.

Sour revealed that Rada (Special Deterrence Force – SDF) has succeeded in arresting a number of criminal heads, criminals, organized crime gangs and have been able many that are wanted by police stations and Criminal Investigations Department. He said that the PPO has assigned 10 Public Prosecutors to investigate and question the accused.