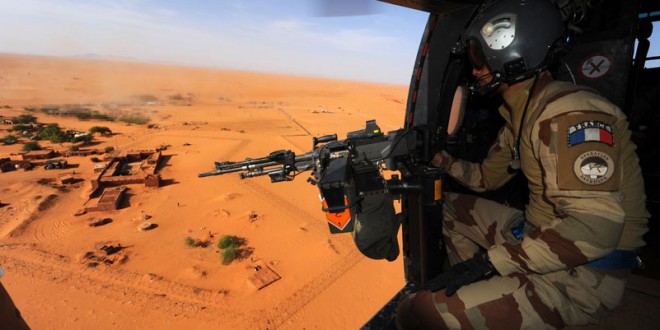 Egypt and France on Sunday began joint military exercises off the coast of Egypt’s coastal city of Alexandria.

In a statement, the Egyptian military said air and naval forces from both countries were taking part in the “Ramses-2016” exercise, which is scheduled to go on for several days.

According to the statement, the French-built Egyptian frigate “Tahya Misr” will participate for the first time in the military drill, which will also see the participation of France’s “Charles de Gaulle” nuclear-powered aircraft carrier.

The drill comes amid reports that western countries are gearing up to take military action against militant groups in next-door Libya.

Last year, Egypt and France signed a deal according to which Paris will sell two Mistral-class helicopter carriers to Cairo.

France also recently signed a €5-billion ($5.5 billion) military deal with Egypt that includes the sale of 24 Rafale fighter jets, a naval frigate and a quantity of missiles.

International Relations and CooperationSecurity ForcesSecurity Situation
All
2016-03-07
alizeehenry
Previous Human Rights are under attack in Libya
Next Expansion of Daesh scourge in Libya ‘terrifying,’ Ban says