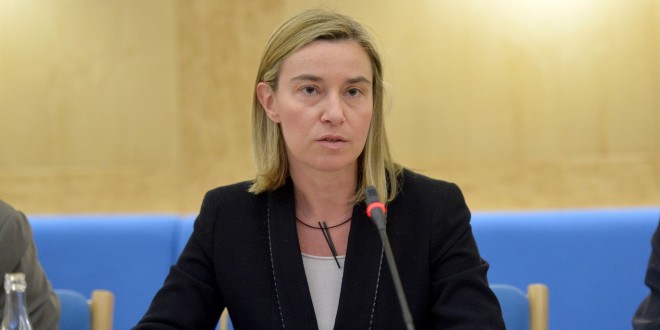 The EU has started work on sanctions against Libyan figures who hold up agreement on a national unity government meant to bring peace to the war-torn country, EU foreign affairs head Federica Mogherini said Monday.

The United States and key European allies led by France warned on Saturday that those preventing Libya’s new unity government from moving quickly to take up office in Tripoli should be hit with punitive measures.

Mogherini, speaking after an EU foreign ministers meeting in Brussels, said it was clear Libya needed a functioning government as soon as possible to restore peace and begin reconstruction.

The EU was ready to “encourage and support” the new government, she said, adding: “We have also started our internal work to sanction individuals who obstruct this internal Libyan process.”

German deputy foreign minister Michael Roth said there was “no decision on sanctions today”, despite a call by French Foreign Minister Jean-Marc Ayrault on Thursday for a decision on imposing sanctions.

Libya descended into chaos after the 2011 NATO-backed ouster of longtime dictator Moamer Gathafi, allowing extremists including the Islamic State group to gain a foothold in the once oil-rich country.

Since 2014, it has had two rival administrations after militia groups forced the government from Tripoli to seek safety in Tobruk in the east.

The UN brokered an agreement in December to set up a new government but lawmakers in Tobruk initially rejected it, only to then change their minds.

The EU and Western powers have said repeatedly they will help any new government once it is in office to tackle both reconstruction and security.