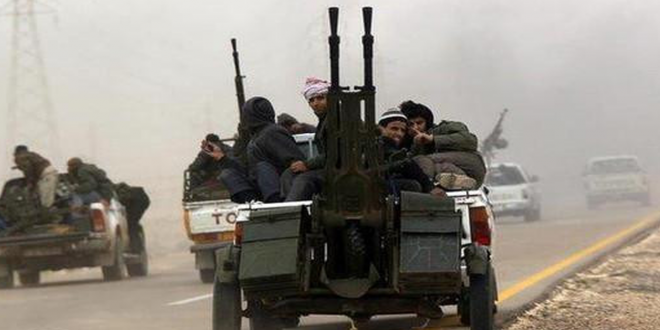 A UN report has accused the Tripoli-based CBL of supporting militias and terrorists and of being ‘’lenient towards the National Salvation Government’’.

The claim came in the 215-page final report of the UN Panel of Experts on Libya to the President of the Security Council released early this week.

On supporting terrorists, the report said: ‘‘The Panel has obtained copies of two Central Bank cheques, made out for a total of 6 million Libyan dinars, apparently to the Benghazi Revolutionaries Shura Council (see annex 40 for photo copy). If genuine, it means that the Tripoli-based Ministry of Defence provided Bank funds to the United Nations-listed Ansar al Sharia Benghazi, part of the Benghazi Revolutionaries Shura Council’’.

The report continued: ‘‘Bank employees based outside Tripoli explained that, while they could not verify the transaction, the cheques appeared genuine. The management of the Bank in Tripoli has not replied to repeated requests for clarification by the Panel’’ (Italics by Libya Herald).

‘‘The Panel is investigating the allegation that the General National Congress provided the strongest anti-Libyan Political Agreement faction in Tripoli, the Sumud Front, with $103 million from an emergency fund. A publicized example of suspicious budgeting reveals the risk of diversion of State funds, potentially also to armed groups. The Oil Minister of the National Salvation Government publicly accused his Prime Minister of having received 1 billion Libyan dinars in extrabudgetary funds from the Central Bank, now unaccounted for’’.

‘‘The Panel hopes that more information will become available once the Government of National Accord has been established in Tripoli. In the light of the foregoing, the Panel asked the management of the Central Bank for access to the 2014-2015 statements of nine accounts of the Ministry of Defence’’.

On the issue of salaries to militias/terrorists (paragraph 195), the report said: ‘’As previously reported (see S/2015/128, para. 190), government salaries are continuing to be paid to enlisted combatants, regardless of their current unit or human rights record’’.

‘‘The management of the Central Bank in Tripoli explained that all salaries for the staff of the Ministry of Defence and the Ministry of the Interior were continuing to be paid on the basis of (unchanged) pre-July 2014 lists, directly into personal bank accounts’’.

‘’That the payments have not been vetted or monitored poses a serious problem. Units and combatants that were previously (nominally) operating under the authority of Libyan ministries are now dispersed among warring sides and factions. It is beyond doubt that the State is currently paying the salaries of at least some combatants of United Nations-listed terrorist organizations and armed group members involved in the most serious human rights abuse’’.

The report recommended ‘‘the Government of Libya or the future Government of National Accord to implement a vetting process when reforming and recruiting its armed and security forces, including for appointments to senior positions’’ and ‘‘ensure that flows of government funds to human rights violators or members of terrorist groups are prevented’’.

It also recommended that ‘’to contribute to ending the current climate of impunity in Libya by proposing those committing serious violations of human rights and international humanitarian law for designation under the Libya sanctions regime’’.

On the CBL’s persistent claim that it acts neutrally as a technical institution serving all of Libya equally, the report said that the CBL claimed that ‘’funding of government spending was dealt with “exclusively at a technical level” with the ministries in Tripoli’’.

While ‘’on 23 July 2015, representatives of the eastern branch of the Central Bank and Mr. Ali Salim al-Hibri, who also sits on the IMF Board of Governors, told the Panel that their activities were limited to the distribution of cash’’.

‘‘They claimed that they had been effectively cut off from Tripoli, including any possibility of monitoring payments and policies. They showed documents indicating that insufficient quantities of Libyan dinars, and no hard currency, had been provided to them by Tripoli. Representatives of eastern branches of commercial banks claimed to have great difficulties in financing trade, rarely receiving approval from Tripoli to establish letters of credit’’.

The report concluded: ‘’The Panel assesses that the policies of the Central Bank indeed reflect its physical proximity to Operation Fajr and the General National Congress. They curtail the means of financing of initiatives affiliated with the interim Government and show a more lenient attitude towards the priorities of Tripoli’’.

‘’The cessation of financing of interim Government-supported embassies, acknowledged by the Bank in Tripoli, is a clear example. Furthermore, the current situation prevents an effective humanitarian response to emergencies, especially to active war zones in the east. Following the above, the eastern-based management of the Central Bank dropped its previous restraint and stepped up its attempts to gain control of the Libyan financial system in the second half of 2015, thereby further undermining the unity of the institution. Action included the opening of a separate account for oil exports (see para. 241) and repeated attempts to take direct deliveries of cash printed in Europe’’.

‘’The Panel interviewed several high-ranking employees of State financial institutions and commercial banks involved in financing the public sector, who explained that they had been personally threatened by various armed groups in 2015 and seen a general increase in political pressure on the banking sector’’.

‘’In the light of the foregoing, the Panel concludes that the current organization of the Libyan financial system is no longer tenable and urgently needs oversight from, and protection by, the Government of National Accord’’

‘’Currently, Central Bank operations from Tripoli cannot be neutral because the capital is not controlled by the Government of National Accord and is infamous for suffering abductions and extortion’’.

On the threat of IS/Daesh in Sirte, it concluded: ‘’the Panel investigated reports of a potential risk of misappropriation of Central Bank funds by ISIL in Sirte, where a backup of the banking system had been installed under Qadhafi. All the Bank employees consulted concurred that the branch had not been operational since 2011 and that the equipment could no longer be used because it had been damaged or become outdated’’.

‘’Consequently, control over Sirte does not give ISIL access to State finances or to the wider SWIFT system. It is, however, likely that the site continues to hold all Libyan historic banking data, which could prove useful to anyone seeking to mask fraudulent transactions’’.