Home / Normal / The Libyan national accord government is threatened with collapse 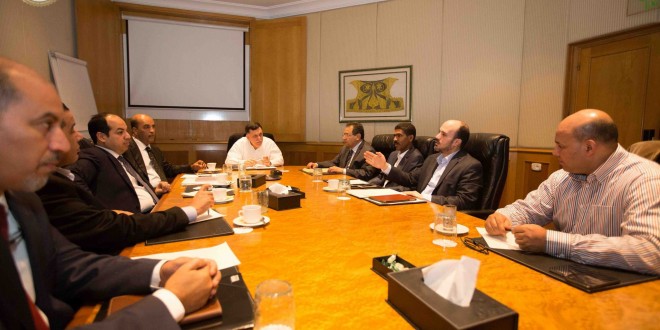 The Libyan national accord government is threatened with collapse

Khalifah Al-Ghwail, the head of the Tripoli government, has warned the UN-supported national accord government, which is based in Tunis, against coming to the capital saying that this step would be illegal. He also pointed to the possibility that its members may be arrested.

In press statements he made on Tuesday, Al-Ghwail also said that he could not transfer power to a government that does not enjoy the support of the General National Congress (Tripoli parliament).

He went on to say that the government that was appointed by the United Nations lacks the necessary legitimacy to rule from Tripoli.

“If they wish to enter Libya as Libyan citizens they are welcome. But if they come in as a government, then we hope that they will not be embroiled in this process as this would be a violation of the law. If they are patriotic people then this is not in the interest of the state.”

Three persons who are members of a security committee appointed to prepare for the transfer of the unity government into Tripoli were arrested this month.

Al-Ghwail explained that “such decisions are taken by the judiciary. But he warned that members of the UN-supported government could face the same fate.”

“Certainly, we are a sovereign state. The capital would have to be secured and the people need to be secured. Whoever contemplates arriving in violation of the law will stir up trouble and we do not agree with that.”

Al-Ghwail heads a government that was installed after armed militias supportive of the General National Congress won the battle that was fought to control Tripoli in 2014. Following their success, they appointed him leader.

He is supportive of talks between the members of the two competing governments in Libya and says that they have been preparing an alternative plan for political transfer and that the plan should be submitted within the coming two weeks.

The Government of National Salvation that emanates from the General National Congress and which controls the Libyan capital, Tripoli, has announced its refusal to hand power over to the national accord government.

It has refused to recognise the national accord government that was installed without voting and has also objected to the transfer of this government to Tripoli.

The Tripoli government said in a statement that “a government that is imposed by foreign powers and that does not enjoy consensus among the Libyans has no place in our midst.”

The Tripoli government did not rule out the possibility, in its statement, that the national accord government might settle inside the capital provided “it emanates from a Libyan-Libyan accord” without foreign intervention and provided its cabinet members are chosen “inside Libya”.

The Libyan Presidential Council, which is supported by the United Nations, announced on Saturday evening the start of the work of the national accord government on the basis of a support statement signed by about 100 parliament members from within the Tubruk Parliament. This came in the aftermath of the failure of this government to secure a vote of confidence from within the House of Parliament.

The Tubruk parliamentarians had previously issued a statement in which they expressed support for the national accord government and accused other members of parliament of refusing to grant this government a vote of confidence although it is the government that is supposed to unite the authorities that had been vying for power for more than a year and a half.

The internationally recognised parliament held more than just one session but failed to grant the national accord government a vote of confidence. It has not been possible throughout these sessions to achieve quorum.

The Presidential Council regarded the 100 parliamentarians’ statement to be “the green light for the national accord government to start functioning.”

In spite of the international support enjoyed by the national accord government in Libya, it is suffering from the repercussions of the political strife between the parliaments of Tubruk and Tripoli as well as from the military struggle among the various militias.

The UN supported Libyan President Council has called for the transfer of authority to the unity government immediately.

Western powers say that the UN supported government represents the best opportunity to end the chaos that has destabilised Libya since the toppling of Muammar Gaddafi in an uprising five years ago and to remedy the security vacuum that allowed Daesh to expand inside Libya.

On Sunday, the United States and the European powers recognised the national unity government as the sole legitimate government in Libya. They have been pressing for its transfer to Tripoli so as to start assuming its responsibilities.

In accordance with the plan that is supported by the United Nations over the political transfer inside Libya, the parliament in the east of the country is supposed to vote on the plan and offer its consent for the national unity government. Yet, it has so far failed repeatedly despite the fact that the majority of its members did indeed sign a statement in support of the national unity government last month.

Opposition to transferring power to the internationally recognised government centres around concerns over the future military command and the rule played by the allies of the strong commander Khalifah Haftar under whose command the national Libyan army is waging war against the radicals.

The head of the Presidential Council and head of the Libyan national accord government Fayiz Al-Sarraj announced on 15 February the formation of a national accord government composed of 13 ministers including three women and five ministers of state in accordance with the agreement signed by the parties that took part in the Libyan dialogue under Un auspices in the Moroccan city of Skhirat last December.

It is worth noting that Al-Sarraj is currently out of Libya together with a number of his cabinet members.

Some of the main armed militias in Western Libya as well as scores of General National Congress members, both current and former, have pledged support for the new government.

However, the presidential council and the national unity government proposed by it last month have faced opposition from the hawks in Tripoli and from the east, the seat of the internationally recognised government.

Two governments compete for power in Libya; one of them is in Tripoli and the other is in the east of the country. In the meantime, the United Nations brokered an agreement for the creation of a national unity government aimed at resolving the differences between the two sides and putting an end to the conflict.