Home / Normal / Will families of Libyan airstrike victims ever get justice? 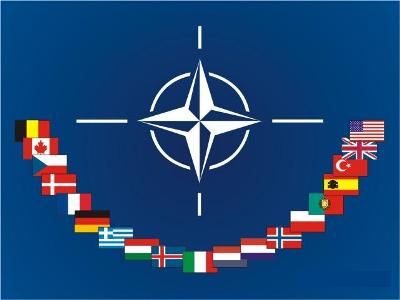 Will families of Libyan airstrike victims ever get justice?

On June 19, 2011, a NATO airstrike killed five members of the al-Gherari family as they slept in their adjacent homes in Tripoli. Sixteen people were sleeping at the two houses when, at around 1:15 a.m., at least one missile struck the compound. It killed Karima al-Gherari, her husband Abdullah Nimr, her brother Faraj al Gherari, and Karima’s 2-year-old and 7-month-old children.

Al-Monitor obtained police reports listing the causes of death as “burns sustained from shrapnel,” “falling debris due to airstrike,” and “fracture and burns.”

Five years after the disaster, Al-Monitor tracked down Mohamed al-Gherari, one of the survivors of that night, and visited the compound where the attack took place. His sister’s house, the center of the strike, was destroyed.

“I was sleeping in my room at my family’s ground-floor home” when the missile hit his sister’s house, he said with the pain still visible on his face while he guided Al-Monitor through the rubble of what used to be his home.

The family compound had consisted of two three-story buildings. The top floor of one building was slated to become an apartment for Gherari, as he was planning to get married. Unable to bear the memories associated with the building, Gherari moved his father, mother and brother to a rented home. In 2012, he decided to demolish what little remained of his sister’s home.

Human Rights Watch documented the Gherari case, among others, in its detailed report Unacknowledged Deaths, published in May 2012, about civilians killed in NATO’s air campaign in Libya from March to October 2011. Most of those victims are indeed unacknowledged, since NATO claims most were associated with military targets. NATO did say, however, that the Gherari case was an accident cause by malfunctioning equipment.

The eight-month air campaign eventually toppled the Moammar Gadhafi regime in October 2011. Estimates of civilian casualties vary widely, from conservative counts of dozens to what appear to be Libyan government-inflated figures in the thousands.

During an October NATO conference in Madrid, Al-Monitor asked former US ambassador and NATO Deputy Secretary-General Alexander Vershbow whether the alliance has any plans to compensate its civilian Libyan victims. He hesitated and dodged the question, saying, “We only reinforced the UN’s resolution to protect Libyan civilians from the regime’s brutality.”

After the conference, Al-Monitor repeated the question. The answer: “This is not the time nor the place to discuss the issue, but we did not kill any civilians.”

At the same conference, Al-Monitor asked NATO political adviser Catherine Royle whether she was consulted about the political implications of civilian deaths and if she thought that there was some “collateral damage” as a result of NATO’s operation in Libya. As could be expected, she replied, “I cannot comment on operational issues,” despite the operations in Libya having ended more than three years ago.

Gherari took it upon himself to find out why his loved ones were killed in their sleep. He traveled in 2012 and 2013 to Belgium, where he found a sympathetic lawyer in Brussels, but little else. Al-Monitor contacted the lawyer, Georges Henri Beauthier, by email, but he declined to comment on the case.

Gherari has come to live with the reality that answers regarding the attack may be hard to come by. He did not see his lawyer again. When asked if he plans to get back to Brussels, he said, “Unfortunately, I cannot afford it. Traveling there requires lots of money and tiring logistics, since even getting the visa means I have to go to Tunisia.”

Indeed, no Western European embassy is operating now in Tripoli. Back in 2011, while the former regime was still in power and right after his family was killed, Gherari did get medical and financial help from the government. His injured older brother was sent to Tunisia for treatment. One of his injured family members was treated abroad and he also received some financial help.

All that changed once the rebel authorities took power in Libya. While there is an entire ministry devoted to serving war victims, Gherari and people like him are not considered victims of Libya. They are victims of NATO, which intervened on the rebels’ behalf to topple the former regime. Gherari tried to get some assistance from Libya’s successive government but little was offered. In the end, Gherari said, “I gave up because of the kind of bad treatment and usually complicated bureaucratic procedures I have to go through each time I ask for something.”

Asked if he will give up his case against NATO, Gherari responded, “I will never do that, and I hope to be able to closely follow the case when I have the means to do so.”