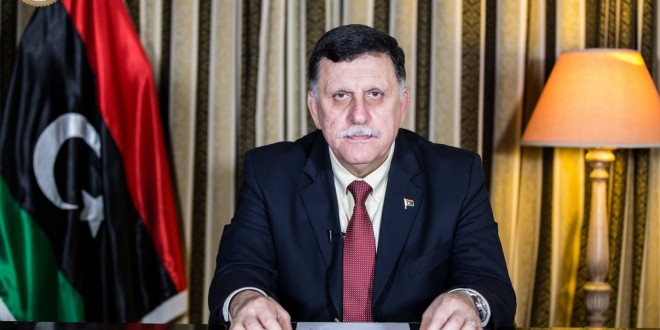 Libya’s new UN-backed government on Monday closed the bank accounts of all state ministries and bodies amid ongoing confusion around the political future of the country.

In a statement released on Monday, the Government of National Accord (GNA) ordered “the freezing of bank accounts belonging to ministries, agencies and bodies as well as public institutions funded by the public treasury”.

According to the statement, the bank accounts will be unfrozen by a council headed by the deputy of the Prime Minister’s office, Fathi al-Mijbari, once a specific request for funds has been received by the body.

The GNA on Sunday received the backing of Libya’s central bank, which said in a statement that it wished the new unity government “all the success in carrying out the difficult tasks ahead”.

The head of the GNA, Fayez al-Sarraj, met with the head of the central bank last Thursday to discuss potential solutions to a “cash-flow problem” stymying progress in the country, his office said.

Libya’s National Oil Corporation also threw its weight behind the GNA on Sunday, saying it has worked with the body to “put this period of rivalry and divisions behind us”.

However, the GNA has yet to secure the backing of the two rival governments that it seeks to replace after years of political chaos since the uprising in 2011 that toppled Muammar Gaddafi.

Prime Minister-designate Sarraj held a meeting with loyal mayors on Monday at a heavily-fortified naval base in the capital Tripoli, from where he has been conducting business since being flown into the country last Wednesday.

The General National Congress, which since 2014 has sought to rule from Tripoli without international recognition, has demanded that Sarraj leave the country or surrender, branding the GNA “illegal”.

Likewise the House of Representatives, which set up a parliament in the far east of Libya in 2014, on Saturday evening stressed its opposition to the GNA.

According to a statement, the House of Representatives (HoR) is the “sole legitimate authority in Libya,” and the country’s armed forces remain under the orders of HoR head Aguila Saleh.

The statement also rejected EU sanctions imposed on Saleh last week, as well as on the president and prime minister of the Tripoli administration.

Amid the ongoing stalemate, 10 Libyan cities have pledged support to the GNA, and France has called for military action to help install the UN-backed government.