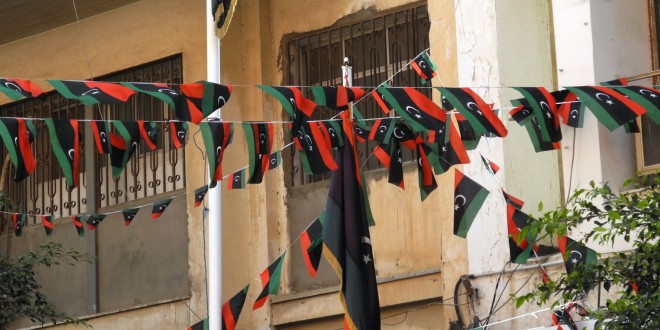 It has been an eventful week in Libyan politics; within days the country has gone from having two rival governments to three, with the UN-backed Government of National Accord (GNA) moving into Tripoli. Soon thereafter, it was back to two as the Tripoli-based National Salvation Government (NSG) declared that it would step down; 24 hours later it was back to three again when the NSG revoked its announcement.

There are mixed feelings about all of this in the capital. “I felt optimistic that finally things were going to change,” said Nadia Ramadan about the GNA’s arrival. “I haven’t felt optimistic in a long time.” Unlike previous efforts, this move is not simply to show support for a specific group or political agenda, but for the unity of Libya, argued the market researcher and former journalist based in Tripoli.

However, change is yet to be seen on the ground. “The only difference that the GNA has made since its move to Tripoli is to give the people at least a small bit of hope,” Ramadan explained. Despite the fact that some Libyans view the GNA as a foreign intervention, it was largely welcomed by Tripoli residents. “It does bring back a little of the post-revolution memories of Libya being very much united,” she said. According to her, though, the GNA will not work a miracle as some people believe. “Considering the current situation in Libya, it is not going to be easy and it could take some time to restore stability.” The most important thing for Ramadan is for the government to gain local legitimacy. “The GNA may have all the international support but it’s the local support that matters the most in order for it to move forward.”

And local support can swing quickly. At the beginning of the week there were reports that the self-proclaimed Tripoli-based National Salvation Government had decided to step down in favour of the GNA; the NSG Prime Minister, Khalifa Ghweil, then announced on Wednesday evening that he instead rejected the “unity government” and urged the 24 members of his cabinet to remain in office. In the same statement, Ghweil ordered all institutions to reject the recently-installed Supreme State Council, the role of which is to advise the GNA and House of Representatives and is made up of former members of the General National Congress (GNC) with Abdulrahman Sewehli as its first president.

The situation is no better in the east, where the Tripoli-based government’s rival, the House of Representatives (HoR) is based in the coastal city of Tobruk. It is continuing to reject the GNA while awaiting a vote of confidence in the new government as well as on the constitution. The vote could, according to the Libya Herald, be held on Monday.

In addition to legitimacy there are legal concerns. During the State Council’s first meeting on Wednesday, the Libya Herald reported that it passed a constitutional amendment to the 2011 Transitional Constitutional Declaration, which is legalising the Libyan Political Agreement (LPA) and in turn makes the Presidency Council and its GNA legal. However, the move raised eyebrows, as most interpret the LPA to mean that it is only the HoR that can legalise the Presidency Council and the GNA through its pending constitutional amendment. Consequently, the HoR’s Deputy President, Emhemed Shouaib, was alarmed. “This may spoil the harmonious climate which we value,” he told the Herald. “As such, I call on all those who attended the State Council meeting today to avoid skipping ahead, which may increase the complexity of the situation and cause confusion.”

According to Tunisian journalist Huda Mzioudet, who focuses on Libyan affairs, there is a long legal battle ahead for the GNA. “What matters for Libyans now is to have cash liquidity back and security. This political bickering is the least of their concerns.”

For the economy and security to improve a lot of hope is being put on the GNA, which has a one-year mandate as the interim government stipulated by a UN agreement from December 2015 and is led by Fayez al-Sarraj. “He is popular now,” said Mzioudet, “as some see him as a saviour.” Yet, it will be tough for him to bring the opposing factions together. The GNA was finally able to enter Tripoli last week after numerous failed attempts to access the city by air as the airspace was closed and no landing permission was given from the militias controlling the airport. When the delegation finally reached Tripoli it was on a boat from Tunisia.

The international community is increasingly concerned about the country’s security situation. Daesh has not only grown in strength but also gained a foothold and Libya is being portrayed as the group’s new stronghold; international leaders are, therefore, eager to push the unity government through and see it succeed. The European Union has imposed sanctions, including travel bans and an asset freeze, on Agilah Saleh, the leader of the HoR, the NSG’s Khalifa Ghweil and Nouri Abusahmen, the leader of the GNC, for refusing to support the GNA. The EU warned in March that any political group opposing the unity government’s arrival in Libya would be punished with such measures.

The expectation is that the GNA will stand by the US and other Western states as a partner in fighting the radical terrorist group Daesh. The latest political move has been welcomed by the international community, with France announcing that it is hoping to reopen its embassy in Tripoli to show support for the unity government, and neighbouring Tunisia declaring that it had reopened diplomatic relations with Libya. The Tunisian ministry of foreign affairs also declared on the same day that it would reopen its embassy and consulate in Tripoli and called on rival political groups to support the GNA.