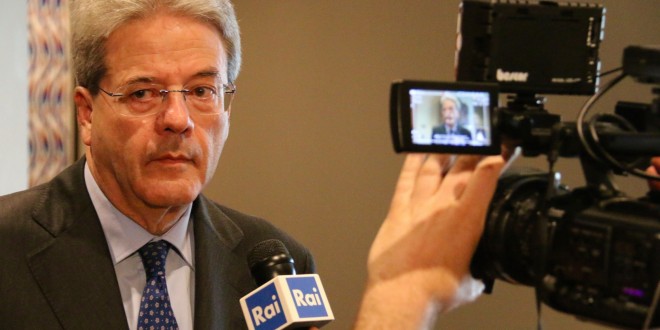 Italy’s foreign minister made a flying visit to Libya’s capital on Tuesday to pledge broad international support for the new UN-backed unity government as it attempts to consolidate its presence.

With the Italian FM in Tripoli, the UK pledged £1m to support “stability” in Libya, with UK ambassador Peter Millett saying “more support is ready to respond to requests from the government of national accord”.

The pledges of support come days ahead of a crunch vote next Monday that will see Libya’s internationally-recognised eastern government decide whether to support the UN-backed body.

Tuesday’s visit by Italian FM Paolo Gentiloni was the first by a senior Western official since the unity government’s Presidential Council arrived in the capital Tripoli nearly two weeks ago.

The unity government has faced serious hurdles in its attempt to get on its feet, with both of Libya’s rival cabinets initally rejecting it.

On Tuesday, after meeting the unity government’s leader Fayez Seraj, Gentiloni said he believed his visit would be “a precedent that other countries will follow”.

“We are all studying and discussing the possibility of reopening our diplomatic presence here in Tripoli,” he said, though he added that no dates had yet been fixed.

Gentolini noted, however, that the unity government still has yet to be approved by the internationally-recognised House of Representatives, which currently meets in Tobruk in the far east of the country.

Support ‘if and when’ requested

Libya’s Tobruk parliament is to hold a confidence vote next Monday on the unity government.

Gentolini said Italy and the international community would consider requests for help from the new unity government “if and when” it asks for them.

“It will be discussed in the Security Council of the United Nations,” he said. “It’s not something that can be decided in Rome or in London or in Washington.”

Seraj said he was confident about receiving future support from Italy and the international community, and that counter-terrorism would be a “priority”.

“We will be moving forward from protocol visits to more effective and specialised meetings,” he said.

Meanwhile in Tunisia, about 50 countries and international organisations met in Tunis on Tuesday to discuss “international support” for Libya’s unity government.

The one-day meeting – sponsored by the United Nations and the UK – aims to allow representatives of the UN-backed authority to outline the body’s priorities for rebuilding the country’s economy after five years of turbulence.

“Basic services” such as health and electricity were priorities in addition to security, he said.

British diplomat Christian Turner, the foreign office’s director general for the Middle East and Africa, said: “It is vital, of course, that the new Libyan government makes early progress on delivering tangible benefits to the Libyan people.”

“We are here today to talk about practicalities, to talk about support, and not just support that is political and diplomatic but to talk of concrete assistance.

“We will hear more on the presidency council’s priorities for the Libyan people and we will be agreeing how we go about addressing those specific areas,” Turner added.

Representatives from around 40 countries, as well as international organisations such as the European Union, Arab League, World Bank and International Monetary Fund, attended the meeting.

Budget and FinanceInternational Relations and CooperationPolitical Transition
All
2016-04-12
alizeehenry
Previous Upturn in refugees crossing Mediterranean after EU Aegean clampdown
Next Earnest: Obama’s mistake in Libya guided actions against IS