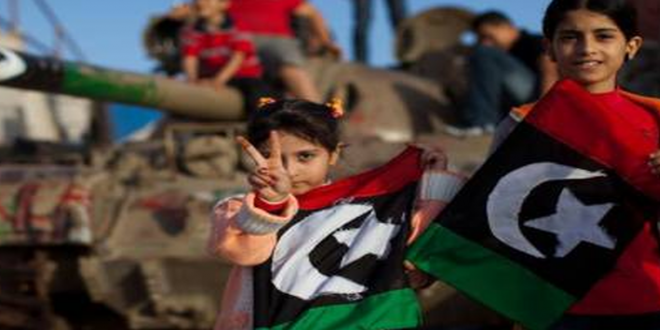 A week after several dozen members of the now largely defunct General National Congress (GNC) controversially met in Tripoli, voted in favour of the Libyan Political Agreement, dissolved the GNC and then reinvented themselves as the State Council envisaged by the Libyan Political Agreement (LPA), another group of former GNC members have met in Benghazi with a view to setting up a their own separate State Council.

Most are members of the “94 Bloc” which walked out of the GNC in February 2014 saying that it had passed its expiry date. They included Sharif Al-Wafi, Juma Sayeh, former GNC deputy president Ezzidden Al-Awami, Ibrahim Ghrayani, Tawfiq Shuhaibi and Asmaa Sariba.

Many were members of the National Forces Alliance led by Mahmoud Jibril.

Today’s meeting saw members of the 94 bloc in the former General National Congress (GNC) meet in Benghazi this afternoon to consult on forming of  State Council.

“We want to deliver a message that what some former GNC members did in Tripoli with their announcement of a State Council is a complete violation of the articles of the Libyan Political Agreement (LPA) signed in Morocco last December 2015,” Wafi, told the Libya Herald.

He was a member of the Libya Dialogue that produced the LPA until he walked out of it last summer.

For his part, Emhemed Shouaib, the House of Representatives’ (HoR) Deputy President, promised that the Libya Dialogue would reconvene in Tunis on Thursday to address the self-declaration of the Tripoli-based State Council ahead of being legally established by the HoR approving the LPA. He described it as a violation of the deal.

Today’s Benghazi development, however, is likely to prove even less legally credible than the Tripoli one.

Under the LPA, only 11 GNC members elected in 2012 but who subsequently resigned (as did all the members of the 94 bloc) are eligible for membership of the State Council.

There are reports too, that those who met today want to co-opt others who were never members of the GNC.

Political Transition
AllBenghaziTripoli
2016-04-13
alizeehenry
Previous Stability in Libya key to stopping IS spread: Analysts
Next European envoys in Libya to back unity government