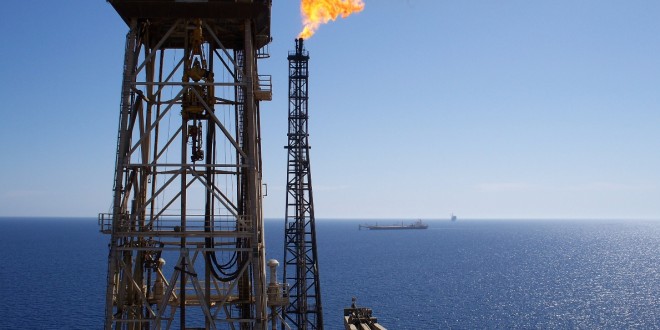 The country’s UN Ambassador Ibrahim Dabbashi wrote to the 15-member sanctions committee on Monday asking for the Indian-flagged Distya Ameya tanker to be blacklisted.

Libya’s eastern government in Bayda had shipped its first cargo of crude late Monday in defiance of the country’s new unity government, which is in the process of taking over national institutions in Tripoli including the main oil body.

The tanker – bound for Malta – departed the eastern port of Hariga (Tobruk) late on Monday carrying 650,000 barrels of crude oil.

The ship is carrying oil ordered by a company called DSA Consultancy FZC, registered in the United Arab Emirates, according to Libyan authorities.

The move had been labeled a breach of UN resolutions by Libya’s National Oil Corporation (NOC) and triggered international condemnation. There are fears that it could exacerbate the country’s already complex economic crisis.

From its Tripoli headquarters, the NOC also asked the UN Security Council to blacklist tanker, as it is carrying oil it said could not be lawfully sold.

NOC officials had previously said they had informed the UN, countries with naval forces in the Mediterranean and the UN-backed unity government now working in Tripoli that the shipment had not been authorized and should be stopped. “We have done our job and we are waiting for them to do theirs,” said spokesman Mohamed al-Harari.

DSA Consultancy said on Wednesday it believed the shipment was legitimate. It said it had “a signed and agreed contract from the NOC dated 13th October 2015 to lift oil”, and that the “ultimate beneficiary” was the Central Bank of Libya.

Diplomats said the sanctions committee had also written to the governments of India and the United Arab Emirates to remind them of the Libya sanctions and seek further clarification and relevant information on the shipment.

At the start of this month the NOC management vowed to work with the new Government of National Accord (GNA), parting ways with the so-called Salvation Government that had governed in the capital since the outbreak of the civil war in 2014 in opposition to the internationally recognized authorities in the east.

The ship has apparently reached international waters though its last position broadcast through the publicly available AIS tracking system earlier on Tuesday said it was still in Libyan waters.

Authorities in Malta said the Distya Ameya did not feature on the island nation’s list of expected ship arrivals. Maltese national TV said the ship was in international waters near Malta but had not been given permission to dock there.

The so-called Interim Government in Bayda, headed by Abdallah al-Thinni, set up its own oil corporation in the east of the country following the seizure of Tripoli by armed coalition Libya Dawn in the summer of 2014. With the capital then in the hands of Dawn’s rival Salvation Government, the Thinni administration feared they would lose control of the lucrative oil revenues.

But repeated attempts by the eastern NOC to ship crude via the eastern oil ports failed because foreign buyers were reluctant to breach their contracts signed with the NOC’s Tripoli management or to sign new contracts with an authority with little actual control over the oil industry.

The legitimacy of the Interim Government, until recently recognized by the international community, is now in question since the UN-backed GNA headed by Prime Minister Faiez Serraj moved into Tripoli at the end of March.

Much of the international community has backed Serraj’s Presidency Council, which is outlined in a December peace deal and is tasked with forming a unity cabinet, that the world hopes will end a two year civil war. But it has yet to secure the official endorsement from the parliament – the House of Representatives – which  is needed for it to function legally.

On Thursday 102 MPs in the HoR – a majority – expressed confidence in the new government despite the lack of a formal vote.

Several attempts to hold a proper vote have been scuppered by factions in the HoR who fear the movement of power to the west and the possible demotion of divisive General Khalifa Hiftar. Article 8 of the UN’s peace deal specifies that the GNA will be able to appoint heads of security posts sparking fears they would remove him.

Despite the contested nature of the body, on Monday Serraj’s government took control over more of the capital’s ministries including the ministry of foreign affairs.

Mohammad al-Amari, a GNA minister of state, signed documents passing control of the key foreign ministry complex in the north of Tripoli to the new government.

The GNA had taken the ministries of planning and religious endowment on Monday. Over the past week, the transport, social affairs, environment, and youth and sports ministries had likewise been transferred to the new government.

Meanwhile on Tuesday the head of the EU delegation to Libya appealed to the HoR to endorse the new unity government as soon as possible, during a visit to Tripoli.

Nataliya Apostolova called on lawmakers to take “responsibility” so that the GNA could assume power, “because the Libyan people need to see a change”.

“As an international community we are calling on them (parliament) to convene a session ASAP because the Libyan people deserve to have the strong leadership of the Government of National Accord which is endorsed by them,” she said at a press conference held at the Abusitta naval base in Tripoli where the GNA is anchored.

“We already recognised the government and we are working with the government but nevertheless we would like this procedure to be completed,” Apostolova told.

The day before HoR president Agila Salah held a meeting in Tobruk to review the conclusions reached by the so-called 6+6 Committee, which was created ten days ago to reach a consensus on the Constitutional Amendment and the GNA.