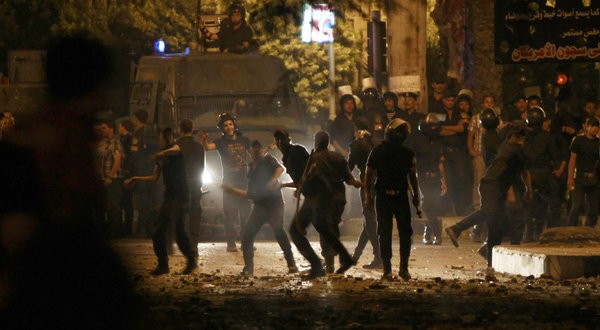 The sound of heavy explosions in Ganfudah and Sabri districts could be heard across Benghazi this morning as fighting continued with militants still operating on the areas.

So far on Saturday, there have been no air strikes, unlike yesterday, Friday, when LNA MiGs bombed targets in Gwarsha and the Nowruz Beach Resort, beyond Garyounis, both still occupied by militants.

Meanwhile, in a move that has triggered fears of fresh divisions on Benghazi, the interior minister in the Beida-based government, Mohamed Al-Madani Al-Fakhri, has issued an order suppressing the Specialised Anti-Terrorist Force in the city and ordering its members to return to their former occupations.

The order is seen as a bid to eliminate support in the city for Mahdi Barghathi, the minister of defence in the Government of National Accord in Tripoli. The anti-terrorist unit is led by Faraj Ikgaim, who backs Barghathi and also close to Ibrahim Jadhran, but not to Hafter.

In a separate move that is likely to have little immediate consequence in the city, a group of Benghazi revolutionaries who were part of the Benghazi Revolutionaries Shoura Council but who had fled to Tripoli have formed a new militia based in the capital called Defend Benghazi.

There have been attempts, mainly by the former leader of the February 17 Brigade, Fawzi Bukhatif, to create a new nationalist but also Islamist military grouping in Benghazi which would have nothing to do with Ansar Al-Sharia or the so-called Islamic State. But until now it has failed to take off.