Home / Featured Articles / Why Turkey is making a return to Libya 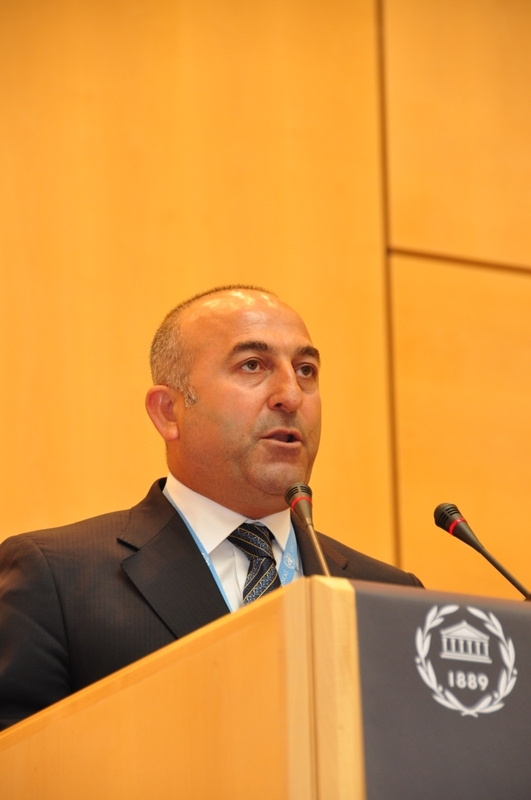 Why Turkey is making a return to Libya

Although Turkey has pursued seemingly strange and inconsistent policies toward Libya since 2010, commercial and economic interests have taken over the Turkish approach to the North African nation.

In the aftermath of the Mavi Marmara crisis between Turkey and Israel in May 2010, Libya, then holding the presidency of the United Nations Security Council, issued a statement in support of Turkey. In November that year, Libyan dictator Moammar Gadhafi awarded Recep Tayyip Erdogan, then Turkey’s prime minister, with Gadhafi’s famed “human rights” prize.

When the Arab Spring reached Libya in early 2011 and a popular uprising against Gadhafi turned into a bloody revolution, Erdogan first tried to hold back his NATO allies from intervening against Gadhafi. “Can there be such nonsense? What business does NATO have in Libya? As Turkey, we say we oppose this; it cannot be talked about, it cannot be debated,” Erdogan told an audience in Hamburg, Germany, in late February 2011.

But as Ankara’s Western allies began pounding Gadhafi’s forces in mid-March, the Turkish prime minister had a change of heart. On March 21, 2011, Erdogan uttered one of the most nonsensical statements in his political career: “NATO must enter [Libya] to establish and record that Libya belongs to Libyans.” The Turkish military soon joined the UN-sanctioned blockade against Gadhafi, which led to his eventual overthrow.

Turkey’s initial reluctance to join the West in the Gadhafi regime’s overthrow and its subsequent about-face were both rational decisions. As Al-Monitor’s Fehim Tastekin reported last year, Turkish contractors in Libya undertook some 565 projects worth $29 billion from 1973 onward. Two years prior to the Arab Spring, Turkish engineering firms were awarded 124 projects valued at about $8 billion in Libya. Turkish entities were estimated to hold $2.5 billion in assets, funds and pending reimbursements in Libya, another $1.4 billion in overdue payments and nearly $100 million in Libyan banks in 2011. Given Libya’s high earnings from petrodollars in those days, the Gadhafi’s regime’s announcement that it would invest $100 billion abroad had also animated Turkish leaders’ imaginations.

By getting on board the fight against Gadhafi, Ankara hoped that its investors and entrepreneurs could quickly return to the North African country upon the Libyan strongman’s overthrow.

Yet that is not what happened. With no experience in deliberation and democracy, disparate Libyan factions failed to achieve transition to a democratic and representative government similar to the one in neighboring Tunisia. A bloody civil war followed Gadhafi’s demise in October 2011; Al-Monitor’s Mustafa Fetouri has covered this conflict in great detail.

Much as it did with its ill-advised policies in other Arab countries (especially Egypt and Syria), the Erdogan regime bet on the wrong horse in Libya by favoring the Muslim Brotherhood over other political parties. Whereas Turkey’s Western allies backed the UN-recognized government in Tobruk, Ankara supported the Muslim Brotherhood-dominated General National Congress based in Tripoli.

Relations between Ankara and Tobruk became so bad that in February 2015, the latter decided to expel all Turkish firms from Libya. Less than three months later, forces loyal to Libya’s internationally recognized government attacked Tuna 1, a freighter owned by a Turkish company registered in the Cook Islands, on the suspicion that it was carrying weapons and supplies to pro-Tripoli militias.

The establishment of the Government of National Accord between Tripoli and Tobruk in December could turn the tide — even though the resolution of the crisis may still elude Libya. The Islamic State has entrenched itself in the country’s central coastal areas, while rival militias wield immense influence. In this context, the Erdogan regime probably calculates that it could play a role in stabilizing Libya.

According to Volkan Ipek, one of Turkey’s leading African specialists who teaches at Hacettepe University in Ankara, the Turkish decision to close the embassy in Tripoli was a strange one. Ipek told Al-Monitor, “There were also deep political and economic issues during the 2011 presidential crisis in the Ivory Coast, yet Turkey had not closed its embassy there.” In Libya, Ipek said, Turkey did not want to step too far from the West and so closed its embassy in 2014. He said that now that the Government of National Accord has come into existence, “Turkey wants to play nice with both Libya and the West, [and] it wants to show that it supports reconciliation [in Libya].”

Asked if Turkey’s “return” to Libya has any financial and economic motives, Ipek said, “That is precisely so. As I argue in a recent article, many Turkish companies did not receive their earned payments [after Gadhafi was killed], which especially affected ‘Anatolian tigers.’ I think these businessmen put pressure on the Turkish political elite, asking them to collect their monies from Libya. It is also quite likely that Turkish leaders said, ‘We pursued a solution during the [Libyan] crisis so now Libya should offer us something,’ which of course is oil. You can’t ask anything from Libya if you’re not in Libya.”

But what’s in it for the Libyans? Ipek argued, “Turkey is the only Muslim country that makes major overtures in Africa. Turkey could make massive investments in Libya, especially with its construction sector.” That makes a lot of sense. During Turkish Foreign Minister Mevlut Cavusoglu’s visit to Libya on May 30, the two sides emphasized economic and commercial cooperation as a leading reason to revive relations.

Ipek also suggests that the thaw in Turkish-Libyan relations could have political underpinnings. “Both countries are discussing their regimes these days. Debates on a presidential system in Turkey could influence Libyan debates. And of course, Turkey today is an immigration destination for Libyans. If Turkey is represented in Libya via its embassy, the migration of Libyans could be eased.”

Whether this conciliatory approach toward Libya means that Ankara is abandoning its pro-Muslim Brotherhood stance in its regional policy, Ipek is not so sure. He mentioned how Erdogan ousted Prime Minister Ahmet Davutoglu last month and will likely weigh even more heavily on foreign policymaking. “I don’t think Turkey will alter [its policy] either in North Africa or sub-Saharan Africa, irrespective of who comes to power. The pro-Brotherhood [outlook] will continue.”

Still, one hopes that realist policy calculations such as those that have led to positive results for Turkey in Libya could be repeated in other parts of Turkish foreign policy — starting with Syria and Iraq. Turkey’s economic well-being and national security depend on it.

International Relations and CooperationPolitical Transition
AllButnanTripoli
2016-06-14
alizeehenry
Previous Kobler: No weapons to the forces fighting ISIS in Sirte until the UNSC makes sure of them
Next EU Policy Backfires Leaving Refugees in Libya at Risk of Torture