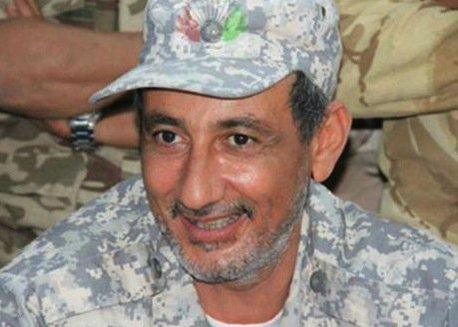 Al-Barghathy: Saleh and Haftar must announce their stances

The Defense Minister in the Government of National Accord (GNA), Al-Mahdy Al-Barghathy, demanded the retired General Khalifa Haftar and the chief of the House of Representatives (HoR), Ageela Saleh, to announce their actual stances towards the Presidential Council (PC).

Al- Barghathy stated that Haftar and his army leadership retreated their acceptance of the PC. Barghathy demanded the HoR members and Saleh to be brave and announce their refusal to the PC so that the endless cycle of vagueness can be stopped as objections have nothing to do with the formation but only barriers.

“Last February, I demanded Haftar, Saleh, and the HoR members to announce openly that they no longer want Skhirat deal and its outputs. I hope that Haftar, Saleh, and some Cyrenaica members to stop hindering the consensus,” he stated in a meeting of the high Council of Al-Awageer tribe in the east.

Al- Barghathy said that the real conflict isn’t about granting confidence to the PC but about interests. The problem is tribal as they don’t want Al-Awageer tribe to have the defense ministry position. “They bargain and don’t care about the nation.”

The PC joins Fayez Al-Sarraj and his three deputies, Mousa Al-Koni, who represents Fezzan, Ahmed Mitig, who represents Tripoli, and Fathy El-Majbary, who represents Cyrenaica. Al- Barghathy said that those members were chosen as none of them is controversial or belongs to political parties.

Concerning the beginning of the Operation Dignity, he stated that himself, Faraj Egeim, Faraj El-Barasi, and Abdul Hamid Bakkar, were the first to move to the army deployment. Salah Bolagheib was the one who came in the middle of the war in Benghazi. “And now the army leadership calls them militias, which we don’t accept.”

He explained that before going to Tripoli, he asked for permission from a person who lost his son in the battles and others who fought in the fighting axes, adding that they agreed for the sake of the country’s unity.

“When I went to Tripoli I knew that there were good people as the case in Benghazi. The purpose was for them and us not to lose our rights and for the unity of Libya.”

Political TransitionSecurity Forces
All
2016-06-16
alizeehenry
Previous HoR fails to meet Tuesday, holds informal social gathering in search of agreement
Next Under siege in central Sirte IS strikes back with suicide attacks