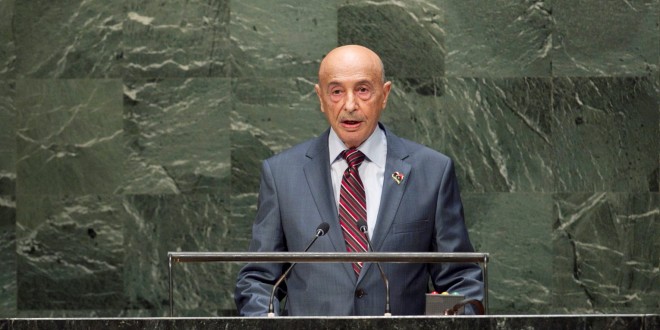 Libya’s Armed Forces under the leadership of internationally-recognized government in the east of the country have been engaged in operations against various militant groups, such as al-Qaeda and Daesh, which had seized parts of the eastern towns of Benghazi and Ajdabiya.

According to the statement, Saleh Issa has also appointed Chief of Staff Col. Abdul Razzaq Nazuri a military governor of the region on the Mediterranean coast, which includes both towns where the Libyan forces have been fighting against militants.

Libya has been in a state of turmoil since 2011, when a civil war broke out in the country and long-standing leader Muammar Gaddafi was overthrown, and the country was contested by two rival governments — the internationally-recognized Council of Deputies based in Tobruk and the Tripoli-based General National Congress.

The internal conflict and instability prompted the advance of terrorist groups, particularly Daesh, which is outlawed in Russia and many other countries.

On March 31, the long-anticipated UN-backed Government of National Accord in Libya started to perform its duties, with the conflict outcomes yet to be addressed. The government has so far failed to restore the country’s unity.