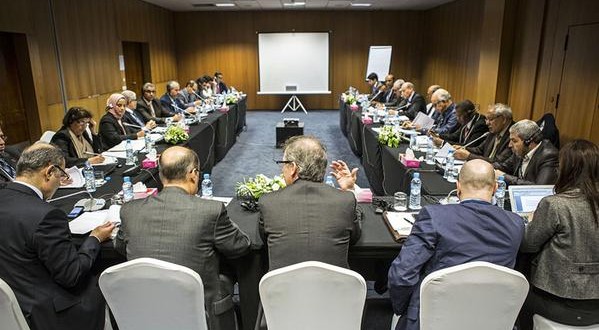 Libya Dialogue set to seek way out of LPA impasse

The Libya Dialogue begins two days of meeting in Tunis tomorrow to try and find a way to persuade the House of Representatives to vote on the Government of National Accord and the adoption of a controversial article in the Libya Political Agreement signed in Skhirat last December.

Article 8  of the LPA moves control of the armed forces from the HoR to the Presidency Council. For it to have effect would require parliament to approve an amendment to the 2011 Constitutional Declaration.

The Dialogue has some 40 members from all parts of of Libya. When they put their names to the Skirhat agreement last year UNSMIL chief Martin Kobler praised their courage. It is unclear how many will be appearing in Tunis tomorrow.

Kobler has completed a busy schedule of meetings in Cairo and Brussels in the last three days. Before flying to Europe he met former prime minister Mahmoud Jibril, leader of the National Forces Alliance.  In Brussels he talked to NATO secretary-general Jens Stoltenberg and the deputy head of the EU’s External Action Service Maciej Popowski.

Foreign diplomats will be at the five-star Tunis hotel where the meetings are being held. President Barack Obama’s special Libyan envoy, Jonathan Winer arrived today. He messaged that the political and security strands of the Dialogue would be exploring practical steps to build common ground and make the GNA more effective.

Earlier this week, Kobler appeared to be floating the idea that initially the command of the armed forces could be established on a regional basis, west, east and south. This might win the backing of the HoR in the east, where there is support for the Khalifa Hafter. However the Misratan attitude toward the man appointed by parliament as the commander-in-chief of the Libyan armed forces has only hardened as the city’s fighter had suffered heavy losses in the drive against IS terrorists in Sirte. They would seem unlikely to back the three regional command structure.

Today Kobler messaged that a “joint army command under the PC” was the key to stability, along with security. It was unclear if he was rowing back a little from his original idea.

When the LPA was signed into being, witnessed by many national and local political players who had travelled to the Moroccan resort for the occasion, huge stress was placed on the fact that the terms could not be changed. 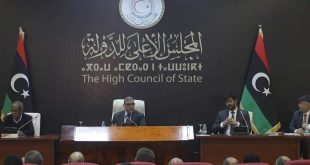