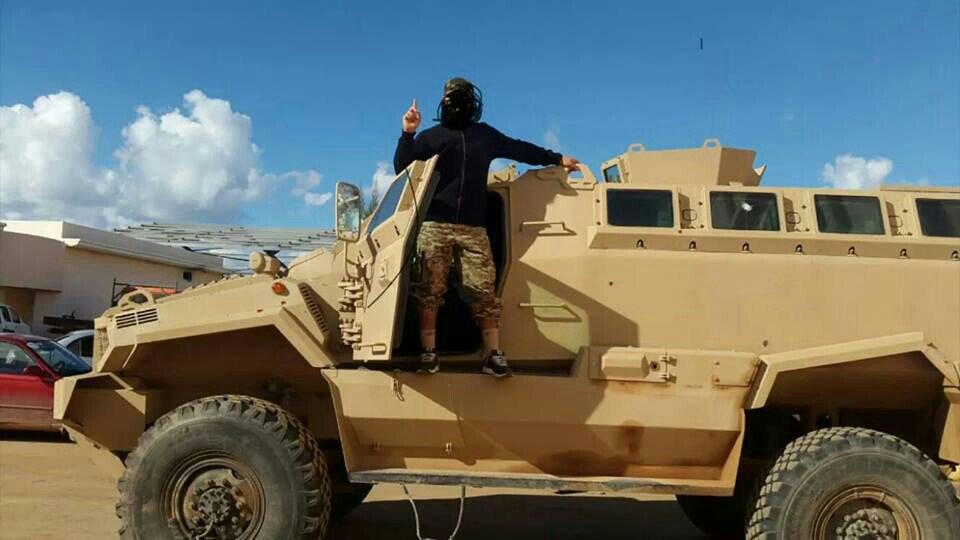 A Canadian company manufactured dozens of armoured personnel carriers (APCs) that were shipped to Libya, despite United Nations sanctions on the North African country, local media has reported.

Alex Neve, head of Amnesty International Canada, described it as “deeply disappointing and disgraceful” that Canadian company Streit Group has been brokering arms deals and manufacturing weapons that were transferred to “some of the most conflict-ridden countries in the world”.

“They lead to war crimes, they lead to crimes against humanity, and therefore one absolutely essential way of ensuring that we’re preventing those kinds of horrific human rights violations is to staunch the flow of arms in those contexts.”

The CBC, Canada’s national broadcaster, reported that Streit Group was involved in manufacturing and facilitating the export of weapons and military equipment to Libya, South Sudan and the Darfur region of Sudan.

In the case of Libya, CBC reported that the company continued shipping APCs to the country, despite UN warnings that doing so violated an existing arms embargo.

At least 79 Typhoon and Spartan patrol vehicles were delivered in 2014, while the company was involved in the “illicit transfer” of 131 armoured vehicles in 2012, “some of which may have been manufactured in Canada”, the report found.

Neve said it “defies belief” that the company would think it was a good decision to sell armoured personnel carriers to Libya “at a time when Libya essentially had no functioning, central government, and abuses and violence were being committed by almost everyone who had access to a gun in the country”.

“How could this company have imagined that this was a responsible thing to do?”

Company chairman and founder, Guerman Goutorov, a Russia car salesman and former police officer in Russia, started the company out of his garage in the mid-1990s after immigrating to Canada.

Today, the company says it has “more than 24 years of warzone experience,” 12 production facilities, and a fleet of “over 1,500 vehicles in stock at any given time”.

It operates a plant in Innisfil, Ontario, north of Toronto, and also boasts of its “global presence”.

It owns production plants in the United Arab Emirates, Iraq, Jordan, Turkey, Pakistan, and the United States, among others, and operates global offices in over a dozen countries, including Yemen, Libya, Algeria, Lebanon and Afghanistan.

Goutorov, a Canadian citizen, is now based in the United Arab Emirates, where he runs Streit’s largest production facility in Ras al-Khaimah. “We visit UAE. We visit Kuwait, Jordan, Iraq, and our choice was UAE,” he said in a 2013 interview with CNN about the 400,000-square-foot facility.

On the Streit Group website, Goutorov writes that 2014 was “an incredible year” for the company. “We have managed to record one of our most successful financial years to date,” he said.

He also said the company would complete phase two of the expansion of its UAE facility, including the inauguration of a “ballistic glass manufacturing facility, advanced research and development centre and extensive spare parts distribution warehouse”.

Libya has been plagued by factional violence since the fall of leader Muammar Gaddafi in 2011. The country is currently in the grips of widespread violence, with fighters from the Islamic State group controlling parts of the country, and two rival governments and their allied militias fighting for control.

The UN first imposed a two-way arms embargo on Libya in 2011. The embargo has been modified and gradually eased since then to allow transfers of non-lethal materials, technical assistance, training or financial assistance to the Libyan Government of National Accord (GNA), which has UN backing.

According to a letter issued in March 2016 by the UN’s Panel of Experts on Libya, Streit Group produced and co-signed a transfer of APCs from the UAE to the Libyan Ministry of Interior without prior notification in 2012 and thus was “in violation of the arms embargo”.

When asked to comment on the sale, Streit Group said it “strenuously reject[s] any suggestion that Streit Group could knowingly or otherwise break national or international law,” according to the letter.

The company also said its actions were in complete accordance with UAE regulations.

While by this time, transfers of non-lethal military equipment to the Libyan government were no longer under an embargo, with “the destination of the vehicles being Tripoli, the end-user could not be the Libyan interim government, which is based in Bayda since 2014”.

According to Neve, the sale of the vehicles, particularly those shipped in 2012, raises “the possibility of a criminal offence under Canadian law if a Canadian or Canadian company was involved in that deal”.

Neve added that the fact that the APCs were manufactured in the UAE rather than in Ontario “does not and should not give Canadians or the Canadian government any comfort”.

Global Affairs Canada did not return MEE’s request for comment in time for publication.

The government has maintained that it cannot control weapons that are manufactured and exported from outside of Canada under its export regulations.

But Cesar Jaramillo, head of Project Ploughshares, a Canadian anti-war group, told Middle East Eye that existing Canadian regulations to implement the UN sanctions regime on Libya prohibit these exports – regardless of where the goods originate.

Those regulations “specifically prohibit arms shipments to Libya by any person in Canada or any Canadian outside of Canada—as is the case with the owner of the Streit Group, a Canadian citizen—wherever the good to be exported may be situated,” Jaramillo said in an email.

He added that the exports to Libya were evidence of “more than a loophole” in Canada’s export control policy, but rather “a case of grave oversight”.

Canadian arms exports have faced increased scrutiny in recent months after the Liberal government of Prime Minister Justin Trudeau signed off on a controversial $15bn arms deal with Saudi Arabia, the largest in Canadian history.

Michael Byers, a professor at the University of British Columbia and the Canada Research Chair in Global Politics and International Law, said the arms exports to Libya and Saudi Arabia are “part of a disturbing pattern involving Canadian companies and the Canadian government”.

Byers explained that Canadian weapons exports to countries other than the United States were prioritised under the government of Canada’s former Prime Minister, Stephen Harper.

In June, Jane’s Defence Weekly reported that Canada had become the world’s second largest exporter of weapons to the Middle East, behind the United States.

“What is disturbing is that we’ve had a new government in place since October that instead of seeking to tighten export control laws, to among other things respect UN sanctions and protect human rights, has actually chosen to stick quite tightly to the Harper government’s program,” Byers told MEE.

He said the government’s argument that it can’t do anything about weapons manufactured and shipped by Canadian companies outside of Canada is an abdication of its responsibilities.

“Canada certainly has the authority to stop a Canadian company from making these kinds of sales, and it needs to exercise its powers [as soon as possible],” Byers said.

But, according to Byers, “promises about future action don’t protect human rights now”. 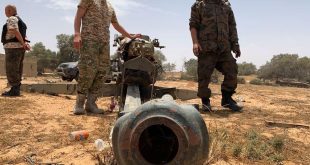