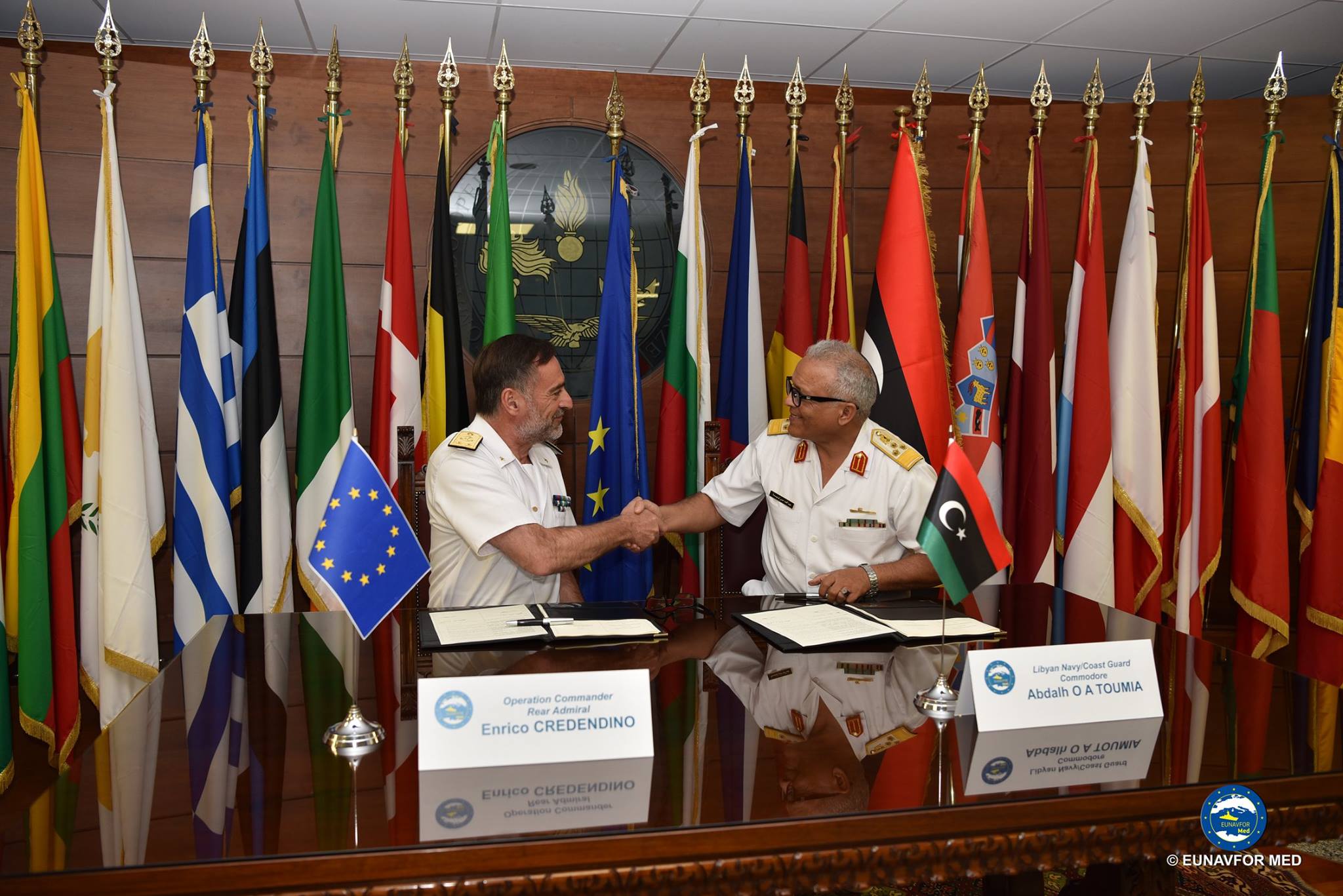 “The Memorandum Of Understanding signed today, is another key step towards the beginning of the cooperation with the Libyan Coast Guard and Navy,” said Credendino

The EU launched Operation Sophia to tackle human trafficking around the Mediterranean Sea in hopes of putting an end to the smuggling of people into Europe.

On June 20, the EU announced that it will be extending the time and mission of Operation Sophia. It had announced that the operation would last until July 27, and the EU also promised to work towards training the Libyan Coastguard and Navy, in addition to actively participating in the UN arms embargo by stopping arms trafficking to Libya.

The agreement signed on Tuesday outlined the program to train the Libyan coast guard and navy and will be offered in coordination with EU agencies as well as other international groups.

“The three packages that have been developed together with the Libyan counterparts will improve the security of the Libyan territorial waters, including the capacity of the Libyan Coast Guard and Navy to perform law enforcement actions in order to tackle the criminal organisations that take advantage of smuggling and trafficking in human beings. As a consequence, this will contribute to prevent further loss at sea,” said Rear Admiral Credendino.

So far, the operation has detained and prosecuted 84 alleged smugglers, confiscated 255 boats from smugglers and saved over 20,000 lives on the Mediterranean Sea.

International Relations and CooperationTrafficking and MigrationTraining and Education
All
2016-08-23
egeoffroy
Previous Nazhuri sacks Salem Jadhran as mayor of Ajdabiya in new municipal militarisation move
Next Navy spokesman: Operation Sophia is propaganda; Italy wants to have more time to continue stealing Libya’s resources and smuggling its fuel