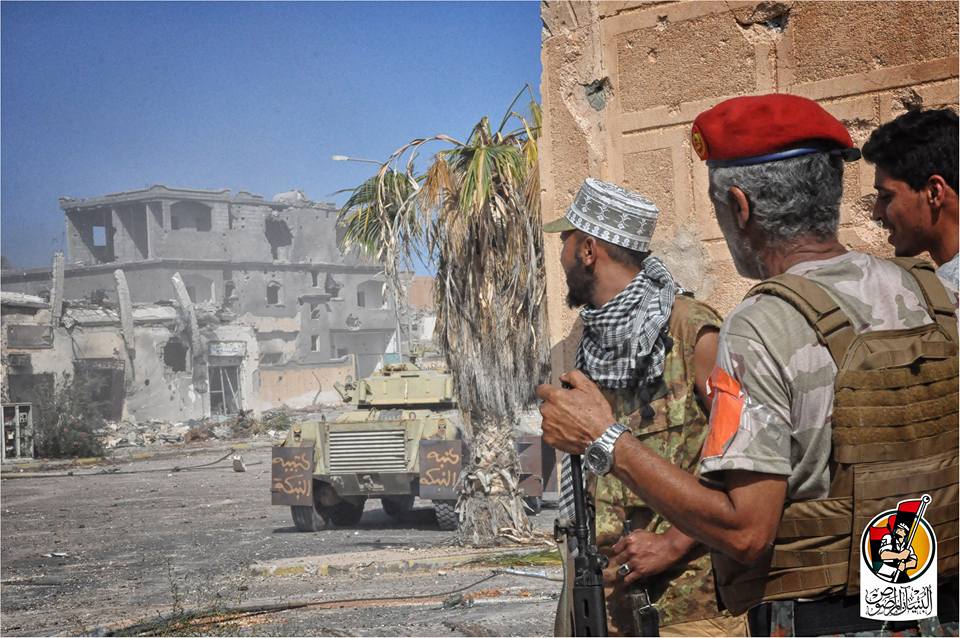 Pro-government forces said they were “progressing” in Sirte, where they have surrounded ISIS militants, prompting some to try to escape.

They said pro-government fighters had recovered the bodies of at least 10 jihadists and were chasing another group that had fled the coastal town, 450 kilometres (280 miles) east of the capital Tripoli.

Eight soldiers loyal to the Government of National Accord were killed, according to the Facebook page of a field hospital set up by their forces in Sirte.

Twenty-four members of the pro-GNA forces were wounded and transferred to the main hospital in Misrata.

Forces allied with the GNA have cornered the group in Sirte, the birthplace of ousted dictator Moamer Gathafi, since launching an offensive on May 12.

But suicide bombings and sniper fire from the surrounded jihadists have slowed the assault.

On Saturday, GNA aircraft conducted six sorties in preparation for an advance on the jihadists’ hideout in the city’s east, said the GNA statement.

American aircraft have also carried out some 177 air strikes since early August in support of GNA forces, according to US Africa Command (AFRICOM).

The fighting has left more than 450 GNA fighters dead and 2,500 wounded. The ISIS death toll is not known.

An ISIS defeat in Sirte would be a serious blow to the group, which has faced major setbacks in Iraq and Syria in recent months.