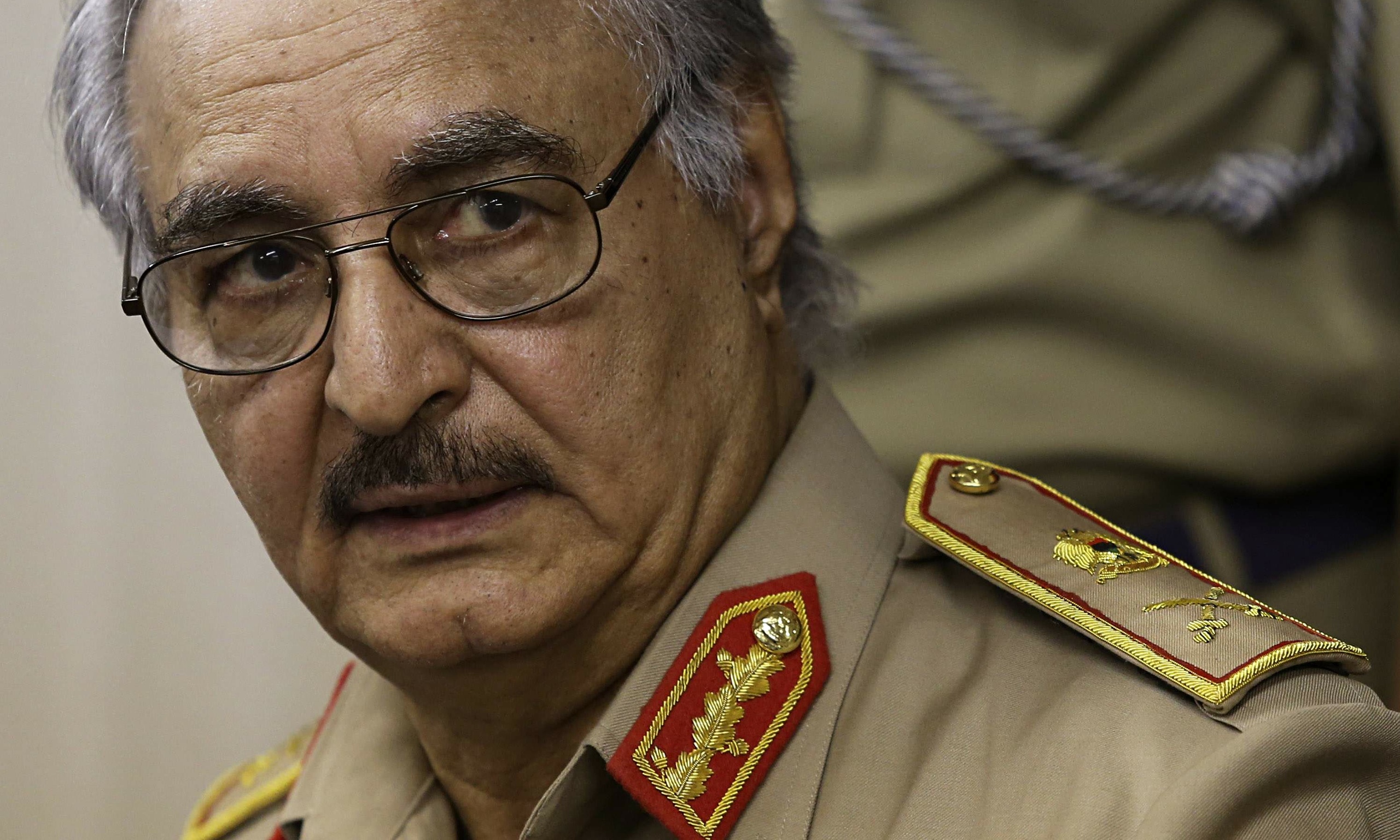 Is Libya returning to military rule?

It is not always the case that popular uprisings against despotic authoritarian regimes and their total removal will necessarily lead to a new democratic system of government. The world has witnessed many examples of this, although and in some cases, the regression to authoritarianism was for a short period. Democratisation or the process of transition from dictatorship to democracy can succeed, but it can also fail. Out of all the Arab countries that have witnessed popular revolutions since 2010 only Tunisia – despite its economic weaknesses – is making some slow progress towards democracy. Indeed, Egypt has regressed to full military rule. Libya, Yemen and Syria are still gripped with conflict and wars, and the outlook is both unpromising and unclear.

Libya – with its own set of internal dynamics that are different those countries mentioned above – did have a promising start immediately after the end of the revolution. Direct elections were held in 2012, and voted in a parliament (General National Congress – GNC) for the first time in nearly 50 years, in a country where over 85 percent of the population had never seen or experienced casting a vote through a ballot box in their lifetime.

In January 2014, another milestone was achieved when, for the first time in Libya’s modern history, direct elections were held by the Libyan people choosing municipality councils for local government in around 102 municipalities, covering the entire country.

Yet, the slide into violent conflict between competing political groups since the summer of 2014 seems to have derailed the transition “train” towards democracy in Libya. Polarisations and exclusionist narratives that insist on demonising the opposing political side have unfortunately become the norm.

This may be down to the fact that a society which has been oppressed for over four decades, and denied free polity or any form of political participation, is unlikely to achieve a smooth transition to democracy, given the inherent and intrinsic social, economic and cultural obstacles.

Libyans have indulged in self-inflicted fighting, mainly over power and wealth, rather than uniting behind a common enemy, such as extremist terrorist groups, or backing a common vision of building an institution-based state, with the potential for development and prosperity.

Even more worryingly, five years on from a successful and inspiring revolution, Libya seems to be facing the possibility of heading back towards military rule, but how likely is this?

In a recent interview with the Associated Press agency (AP), General Khalifa Haftar has made very controversial and worrying statements. AP quoted him as saying that Libya would be better served by a leader with “high-level military experience”.

Haftar proceeded to cite, as an example, generals who went on to lead western nations, as well as President Abdel-Fattah al-Sisi in neighbouring Egypt. Haftar’s comments alarmed many Libyans; some of his critics capitalised on them to state that their fears over Haftar’s ambitions for military rule are real.

Haftar’s press office did however issue a statement few days later, saying that he was misquoted in his interview with the AP.

The fear of Haftar’s loyal military forces taking full control of power, at least in the east of Libya, was further vindicated by another very alarming anti-democratic move. The Chief of Staff, Abdelraziq al-Nazuri, working directly under the command of Haftar and appointed recently as the military governor of the eastern region, has begun to sack directly elected municipal mayors in the east and has replaced them with appointed military governors.

This is already the case for seven municipalities including Alkufra, Benghazi, Ajdabia, Shahat and recently Sidra. More replacements are expected to follow.

The appointed military mayor of Benghazi, Colonel Ahmed Laraibi, has already issued a directive that demonstrations and protests without prior approval have been banned. A local activist from Benghazi, in a statement to Bloomberg, expressed fear amongst civil activists and said “The major battle was against Islamic State and extremism, but it will now be shifted to a battle against civil society and the dream of a civil state.”

The appointed military governor of the east, Major-General Abdelraziq al-Nazuri, has also recently issued a decree, dismissing officials in charge of state-owned electricity company GECOL in the east of Libya, and has replaced them with a seven-man committee answerable directly to himself. GECOL and its branches all over the country are supposed to be under the direct civil authority of the internationally recognised Government of National Accord (GNA).

The direct municipal local elections that took place in Libya for the first time ever in January 2014, ironically starting with elections in al-Baida and Shahat in the east of Libya, were seen as an important step on the road to democratisation.

Libya was divided up into 102 municipalities to build a crucial tier of local government and to ensure decentralisation of governing. The militarisation of the east of Libya and the replacement of directly elected civilian mayors by appointed military officials, is definitely a regressive step away from hopes of institution-building and democratisation in Libya.

On Sunday 2 October, mayors and elected municipal councillors from over 60 municipalities, almost all from the west and south of Libya, gathered in a meeting in Tripoli under the theme of “Libya unites us all”. The meeting – the first of its kind under the GNA – discussed enhancing local governance and demanded greater powers in order to provide services to local residents.

It was also attended by the head of the GNA, Fayez Serraj, who, in direct reference to the sacking of elected mayors in the east stated, “We will not allow jumping on municipalities under any security or political reason, the mayors are directly elected by the people”.

This important gathering was also attended by the UN special envoy to Libya, Martin Kobler, who stated to the press afterwards that he was concerned about the dismissal of elected mayors in the east, and this will be raised in a special international meeting on Libya to be held in Paris this week.

Although General Haftar has effectively established a de facto military rule in the east of Libya, where about 25 percent of the population resides, whether he can extend his control to the rest of Libya is an entirely different matter. The social and power dynamics in the west and south of Libya are slightly different, and the overwhelming majority of people do wish to see the GNA successfully unite the country and its institutions, as an improved security and socio-economic situation.

As long as there are enough social and political forces in Libya striving for consensus through dialogue and reconciliation, then the fear and disastrous regression to military rule can be averted, allowing the faint torch for the hopes of democracy, to live on. 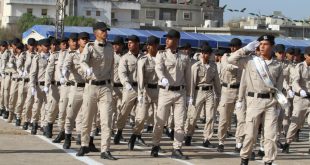